John McAfee has been charged for cryptocurrency fraud by the Manhattan federal court, along with a business associate who goes by the name of Jimmy Gale Watson Jr.

Failure To Report Earnings For 4 Years

Mr Watson reportedly served as a top level advisor on what courts are calling a “cryptocurrency team”.

Mr Watson — aged 40 — was arrested in Texas and will face a federal judge in a preliminary hearing on Friday, in Dallas. According to an initial statement from the prosecutors, antivirus mogul John McAfee and his crew allegedly made over AUD 16.9 million (USD 13 million) by convincing various investors to buy into a myriad of cryptocurrency-related projects.

According to US Attorney Audrey Strauss, Mr McAfee used his status to spread false information in 2017 and 2018 that allowed him to make considerable earnings — which he never reported.

“McAfee and Watson exploited a widely used social media platform and enthusiasm among investors in the emerging cryptocurrency market to make millions through lies and deception.”

Although Jimmy Gale Watson Jr. was recently taken into custody,  M. McAfee has been waiting to appear in front of a US Federal Court, even longer, seeing as he is currently being detained in Spain on a separate set of charges on behalf of the US Justice Department.

John McAfee is no stranger to troubles with Law Enforcement, as he’s been in hot water with authorities in the USA and Belize before — and in July 2019, he was released from detention in the Dominican Republic following an arrest on suspicion of going on a yachting trip with high-calibre weapons and other unspecified military-grade gear. 3 hours ago by The Sydney Morning Herald 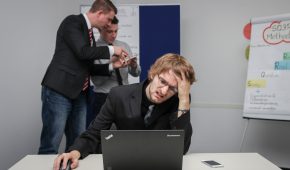 1 week ago by Cristian Lipciuc