Platinum Asset Management has committed to offering AUD 13 million worth of capital ahead of the planned IPO.

At least a part of these funds will go towards building a 50 megawatt data centre in the Canadian region of British Columbia – which will supplement their currently funded data centre which will be capable of providing up to 30 megawatts – a move that will greatly increase their future capacity.

For now, their mining operation depends on only 9 megawatts of power – that is, until the capabilities of the current site are upgraded.

It is unclear whether the new data center will be used for mining Bitcoin as well – although the temperature of British Columbia would definitely seem suitable for anyone who’s dealt with racks of GPUs and servers.

In a separate statement, Iris Energy also informed investors of a planned change in management, hiring the former CEO and the former CFO of the energy and infrastructure business DUET Group, which is listen on the ASX and was worth approximately $13 billion in 2017, when the business was sold to CKI.

The two of them will most likely be occupying the position of independent chair and chief executive.

The company also has a marked interest in remaining as environmentally-friendly as possible – a trait that stands to further their success in a world ever more aware of the necessity of keeping the planet an inhabitable place for all. 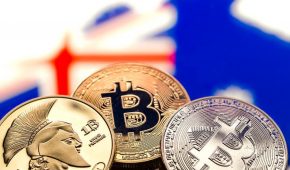 30 minutes ago by Ibiam Wayas