Thomas Nickless, a 27-year-old port worker, has received a 2-year sentence – out of which he must serve eight months – for attempting to import illegal substances into Australia via the dark web via post to the Victorian coastal hamlet of Metung.

The Australian Border Force has seized five parcels addressed to the defendant, over a period of nine months between May 2018 and February 2019.

The packages – which were addressed to Nickless from the United Kingdom and the Netherlands – contained 61 grams of MDMA (also known an ecstasy), 9.8 grams of cocaine, and 35.3 grams of other amphetamines.

Nickless had used cryptocurrency to purchase the drugs, a practice made common back in 2011 before by the Silk Road .onion website – which has since been taken down by the FBI.

“The attempted importations were part of your small-scale business to bring drugs into Australia by post, pick them up at the Metung post office, use them yourself and sell small amounts to friends and acquaintances,” said County Court Judge Gerard Mullaly.

Nickless had bought a total of 15 similar parcels from the deep web using cryptocurrency, but only 5 were stopped by the Australian Border Force.

This is not the first drug-related offence of the defendant – in March 2019, a police raid on Nickless’ house yielded small amounts of ketamine, Xanax, and MDMA, as well as several home-grown marijuana plants.

Even though the scale of the busted operation was relatively small compared to other drug deals made on the black market, the jury decided a non-custodial sentence would not be appropriate.

Although Nickless was sentenced to two years in prison,  he is only obligated to serve eight months as part of a recognizance release order. 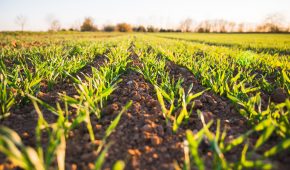