Cryptocurrencies are digital tokens – functioning on blockchain technology – that allow people to conduct financial transactions in a peer-to-peer system. “Cryptomining” is the use of computer processing power to solve equations – which help to consolidate and secure the cryptocurrency system. The miner is then rewarded for this activity with cryptocurrency tokens – which is a huge drain on electrical power and PC components.

Jonathan Khoo, a 34-year-old former contractor for the Commonwealth Scientific and Industrial Research Organisation (CSIRO), was accused of using the government supercomputers placed at his disposal at work in order to mine Ether (ETH) and Monero (XMR). The total value of cryptocurrencies gained is only about $9,420 AUD, which he promptly deposited into his own accounts.

Although 9240 AUD isn’t that big of a sum, it turns out an AUD 76.668 electricity bill to the Commonwealth Scientific and Industrial Research Organisation (CSIRO) was allegedly a direct consequence of Khoo’s actions.

By installing code on 2 of the supercomputers at CSIRO, Khoo was able to use resources at the Institute’s disposal for personal gain. This diverted power away from the operations that were supposed to run on these supercomputers.

When asked for comment, Federal Police cybercrime operations commander Chris Goldsmid stated that Khoo’s conduct had caused a loss of trust in the government and had hindered the important and legitimate activities of the CSIRO supercomputers.

“This man’s activities diverted these supercomputer resources away from performing

In spite of an offence carrying a maximum sentence of 10 years, magistrate Erin Kennedy gave the Sydney resident a 15-month intensive corrections order – in exchange for his guilty plea. Khoo will serve out his custodial sentence in the community – and must fulfil  300 hours of community service. He will also receive counselling. 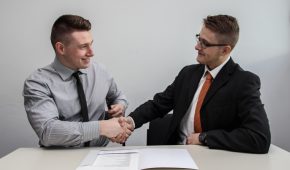 16 hours ago by Coinspeaker