In less than 24 hours, the crypto-market has reached a total of $1.60 trillion, according to Coinmarketcap, even surpassing the total GPD —Gross Domestic Product— of two countries: Spain and Australia.

According to data from the World Bank —a financial institution that provides loans and bonds to governments— Australia’s current GPD is $1.48 trillion, while the Spanish GPD stands around $1.39.

No signs of Selling for the moment

Bitcoin’s price has been moving with speed since February 8, when Tesla announced investing $1.5B —almost AU$2B— in Bitcoin. Now the chart indicates a possible 46-48K price correction, before taking off or dropping below that level of support.

Despite a possible price correction —or even a consolidation zone, BTC could reach higher levels of even $65K considering there still is a strong demand as the buying pressure still is strong between traders and investors.

Higher price levels for Bitcoin are probable scenarios according to several top-investors and CEOs, including Antoni Scaramucci —SkyBridge founder, and analysts from JP Morgan.

The Securities and Exchange Commission —SEC— could soon allow a Bitcoin ETF, now that two major institutions: NYDIG —New York Digital Investment Group LLC—, and Morgan Stanley joined to file a petition in favor of a Bitcoin fund for their accredited investors, while Morgan Stanley will be NYDIG’s first authorized participant.

The move follows Australia and Canada’s recent plans for opening a Bitcoin ETF, with full permission and regulations.

Besides, Australia is also entering the crypto-market more than ever and even using Self-Managed Super Funds for buying Bitcoin despite the increase in price. 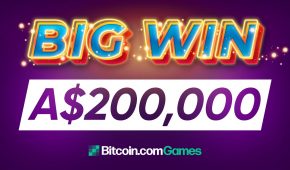 Winner Cashes Out A$200,000 from Bitcoin.com Games

8 hours ago by Bitcoin.com Games 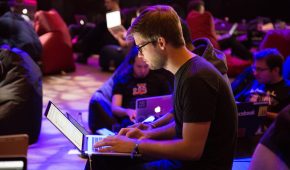