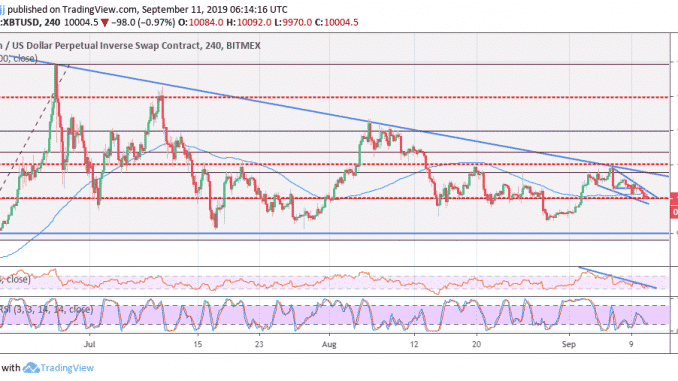 A keen observation in both the 4-hour chart for XBT/USD trading pair for the perpetual inverse swap contract on BitMEX clearly shows the formation of a falling wedge pattern. Although this pattern is considered a reversal pattern, Bitcoin has a high affinity to lower correction in the short-term. 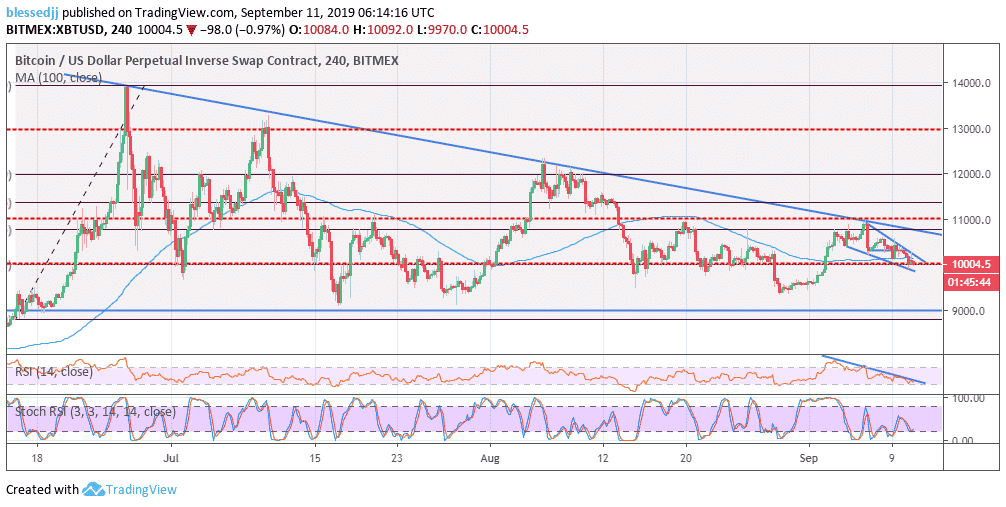 At the time of writing, Bitcoin is revisiting $10,000 support after the recovery from the dip to $9,900 failed to gain traction above $10,200. The Relative Strength Index (RSI) and the stochastic RSI are strongly bearish. The RSI has been forming a lower high pattern since September 3.

At the same time, it is probably not a good thing that the RSI has not explored the oversold. This means that Bitcoin still has a vulnerability to declines that could retest $9,000 level for a significant reversal from the oversold levels. As long as the RSI remains in this bearish trend, an analyst referred to as UfukDogan predicts a continued price drop.

Bitcoin trading volume is growing thinner by the day a signal that the bear trend will last longer. Bitcoin is likely to find immense support around $9,800 which will give way for long positions to become profitable above the falling wedge pattern. Following the break above the wedge pattern, the next target for Bitcoin is probably at $12,000 (61.8% Fib retracement).