Three years ago, awash with funds from the last, frenzied Bitcoin bull run, investors poured over $22 billion into initial coin offerings (ICOs)—a then-novel method of raising funds, which was popularized by Ethereum in 2016.

Throughout 2017 and 2018, ICOs enabled hundreds of projects to raise the funds they needed, on their promises to build the infrastructure for a new decentralized, digital future—from large-scale data storage and fairer payments for artists to complex, new financial products.

Ultimately, many failed to live up to their hype—and several ran afoul of the US Securities and Exchange Commission (SEC) for conducting unregistered securities sales—but some are now beginning to deliver on their promises. Heres what happened to the top 10 biggest ICOs.

The DAO was the original example of a Decentralized Autonomous Organization—where open source code provides some form of governance mechanism in lieu of traditional leadership. It was designed to work as a venture funding platform for crypto projects, with funds awarded automatically based on set criteria.

In May 2017, the DAOs developers launched one of the first ICOs, raising 12.7 million in ETH, Ethereums token, which was worth around $150 million at the time. But the project had to be abandoned after a hacker made off with around $50 million of the funds.

The Ethereum community voted to hard fork the network so as to reverse the hack, returning ETH to investors and shuttering the DAO. The decision was controversial, as it violated the immutability of the ledger and blockchains "code is law" ethos, but it also did much to raise awareness of both Ethereum and the ICO model. Heres why Bitcoin will become more valuable than gold 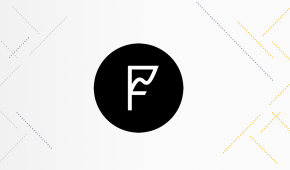 5 days ago by Malik Junaid