The tensions between the U.S. and China have escalated once again. This is bad news for the global economy which is currently witnessing one of the worst crises since the Great Recession.

If either the U.S. or China does not keep up their part of the trade deal, it could only make matters worse. Scrapping of the Phase I trade deal could ultimately result in a huge sell-off in global equity markets.

If uncertainty persists, investors might consider taking shelter in safe haven assets like gold and Bitcoin (BTC), the top-ranked cryptocurrency on CoinMarketCap. History also favors a Bitcoin rally as the month of June has typically been a good month for the bulls. Between 2014 and 2019, the only year when June ended in the red was in 2018. 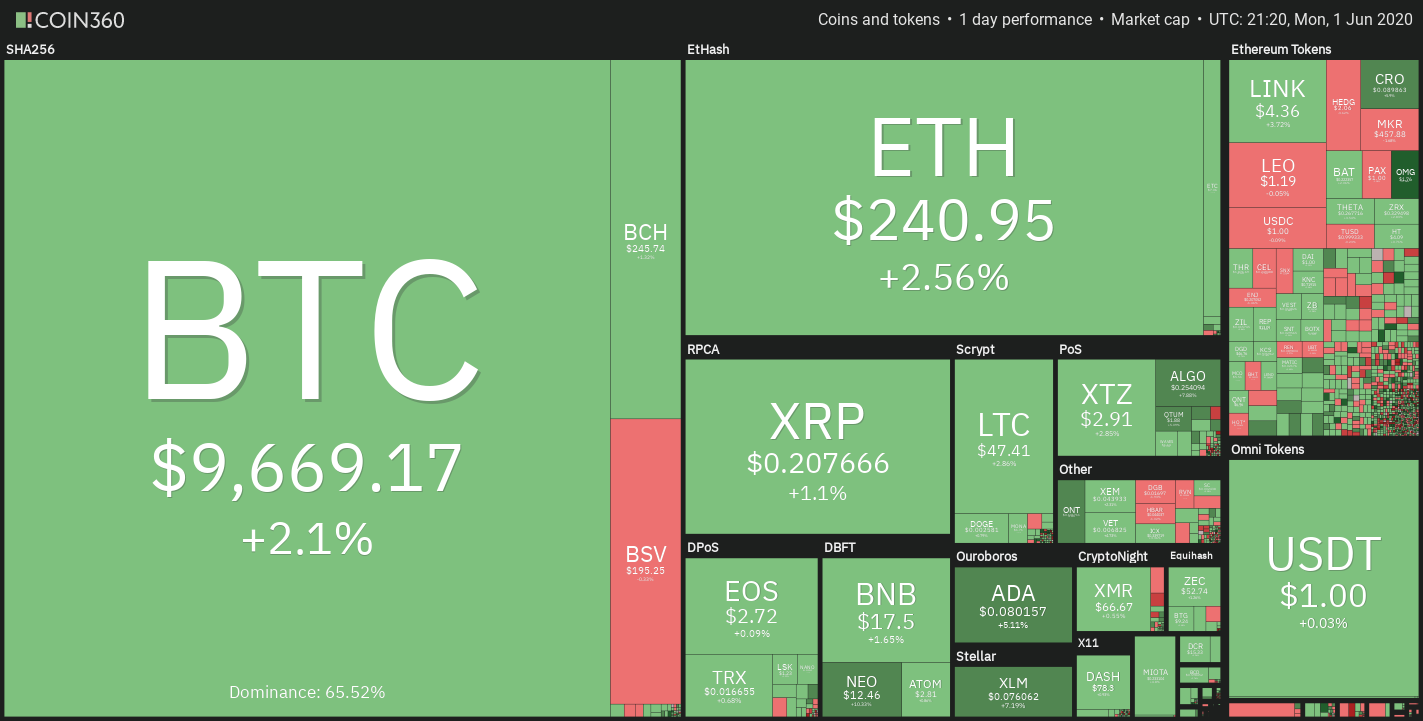 While most traders are keenly watching the $10,000 level on BTC and worrying about the next $1,000 move, Plan B, the creator of the stock-to-flow price prediction model, has projected a target of $100,000 for BTC by the end of 2021. This figure looks to be a far cry from the current levels but as history has shown, anything is possible in the crypto market.

To date, Bitcoin (BTC) continues to consolidate in an uptrend. It is currently stuck inside a symmetrical triangle, which usually acts as a continuation pattern. The majority of the time, the breakout of the triangle happens in the direction of the prevailing trend but sometimes the breakout can result in a reversal. Hence, it is better to wait for the breakout to occur before initiating a trade.

The first sign of weakness would be a drop below the 20-day exponential moving average ($9,261). Below this level, a drop to the support line of the triangle is possible. This is an impor ... 21 minutes ago by NewsBTC 55 minutes ago by Live Bitcoin News