The transactions were spotted by large transaction monitor Whale Alert, which flagged them on social media and reveals it believes these two transactions are internal exchange transfers, and pointed out its currently investigating the situation.

While large transactions between exchanges arent uncommon, these two raised eyebrows as earlier this Friday OKEx suspended withdrawals from its platform as one of its private key holders has been out of touch with the exchange because they are cooperating with a public security bureau in investigations.

If the cryptocurrency exchange is unable to access its funds, it would be unable to move such large amounts to Binance. In its notice, OKEx pointed out that users cryptoassets are safe and that its functions other than crypto withdrawals werent affected by the situation.

The exchange pointed out that withdrawals are going to be resumed once the concerned private key holder is able to authorize the transaction. While speculation was abuzz on social media regarding the transactions, it seems these were simply mislabelled by Whale Alert.

Lennix Lai, OKExs Director of Financial Markets, pointed out that the addresses did not belong to OKEx.

His opinion was later on corroborated by Phillip Gradwell, Chief Economist at blockchain analytics firm Chainalysis, which pointed out on social media while replying to Whale Alert that the 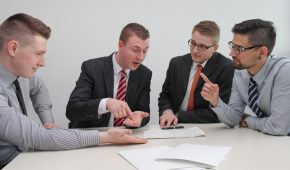