Cryptocurrency sees the introduction of first fair exchange platform. Monash University researchers are turning cryptocurrency markets on their head by developing a financial transaction-based model to eliminate the unfairness in the widely used protocol for exchanging cryptocurrencies.

The age of cryptocurrencies has removed the need for trusted intermediaries and democratised finance. Researchers from Monash University’s Faculty of Information Technology (IT) and CSIRO-Data61 have developed the first fair exchange platform, that ensures no party receives an unexpected advantage in the exchange.

With there being around 3,000 cryptocurrencies currently in the market, users are making the most of decentralised exchanges (DEXes) to purchase and sell an increasing percentage of cryptocurrencies, without the need to trust a centralised entity to be an intermediary for the transaction.

In 2019, there were over 250 DEXes which equated to a total trading volume of over US$2.3 billion. Most of these DEXes were based on the widely adopted Atomic Swap method. This method enables two parties to automatically exchange their own cryptocurrencies without trusted third parties.

The team, consisting of Runchao Han, Haoyu Lin and Dr Jiangshan Yu, have developed a quantitative analysis of the fairness of the Atomic Swap protocol.

The unfairness associated with Atomic Swaps highlight the flaws within the cryptocurrency environment and the potential risks associated with decentralised exchanges. As this landscape of cyber exchange is in its early stages, it calls for rigorous analysis and review, compared to that of a bank or payment provider, which is heavily licensed and regulated.

An American Call Option is a version of an options contract that is used in financial transactions and allows holders to exercise the option rights at any time before and including the day of expiration.

This method outlines the timeframe when the option holder can exercise their option contract rights. These rights allow the holder to buy or sell the underlying asset, at the set price on or before the predetermined expiration date.

As Dr Yu explains, despite Atomic Swaps being regularly used, it’s not always a fair exchange for the users.

“Currently, during an Atomic Swap, the swap initiator can decide whether to proceed or abort the swap, and the default maximum time for the user to decide is 24 hours. Due to the high fluctuation rate of the cryptocurrency value, the initiator may gain 25% extra profit due to the unfair exchange process” said Dr Yu.

This research paper was presented at the ACM Conference on Advances in Financial Technologies in October 2019. 4 months ago by Monash University 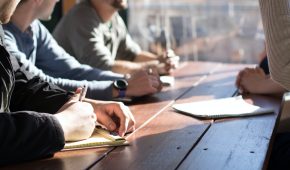 1 day ago by Micky