One of Australias largest buy now, pay later companies is reportedly looking at a move into stock and cryptocurrency trading.

According to a report by the Wall Street Journal on Tuesday, Zip Co.s co-founder Peter Gray said his company was looking at providing trading services through its native app in a bid to further engage its typically young consumers.

The co-founder did not specify when the offering would launch or whether services for stocks would be released before cryptocurrency. Instead Gray suggested Zip would first roll out the services to its U.S. QuadPay unit totaling 3.8 million customers.

Were very keen [to] move on this feature and the U.S., in particular, might be further advanced than Australia, said Gray who spoke to Dow Jones Newswires on Tuesday.

The co-founder said his companys plans were probably more related to crypto or the ability to buy and sell shares from the app rather than the ability to have a no-coupon savings account, per the report.

Buy now, pay later schemes are essentially the next generation of lay-by offered by shopping retailers and outlet stores. The current scheme is extremely popular in Australia offering consumers the ability to take home a product or elect a service with the option of paying for it over a set period with minimal interest.

They act like a small loan issuer. Generally $1,000 or less is provided to consumers, regardless of their credit rating. AfterPay, Zips main rival, kicked off the new lay-by model in the country beginning in 2015. Both have managed to corner a large portion of the market in the six-year-old revamped sector.

The co-founder also said Zips options for the new cryptocurrency and stock offerings were to use existing infrastructure, partner with existing platforms, acquire specialist businesses, or build anew, according to the report.

Zips short-term have no plans to include traditional banking products unlike its rival, said Gray. Its probably going to be slightly different for each of the products and services we roll out. 11 hours ago by Zero Hedge 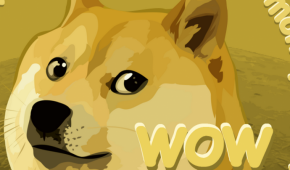