According to a Atlas VPN study published on January 12, 2021, blockchain-linked attacks that happened last year cost their victims a hefty $3.8 billion.

The numbers are based on the data provided by Slowmist Hacked security team and include information about disclosed attacks aimed at blockchain projects, apps, and tokens, as well as cryptocurrency scams. The latter make up about 13% of all blockchain-related hack events in 2020.

Dapps, or decentralized apps, running on Ethereum had 47 attacks with a current value of $436.36 million, followed by cryptocurrency exchanges that had 28 attacks ($300.15 million in losses).

Crypto wallets had 27 attacks and were the most lucrative target for the hackers, with $3.03 billion in losses. They also had the biggest average value of stolen assets - 112 million per attack compared to approximately $10 million per attack on dapps or exchanges ($9.28 million and $10.72 million respectively).

There were 12 successful attacks on blockchains themselves last year, bringing the hackers $5.91 million or $492,517 per breach. The most well-known example is probably the series of 51% attacks on the Ethereum Classic network.

There were only a few attacks on dapps based on the Tron and EOS blockchains; each saw just three dapps getting breached. Still, those attacks amounted to $10 million, or around $3.33 million per hack, in case of Tron, and $2.85 million, or $949,416 on average, for an EOS-linked breach.

The values in the study are ove ... Gamestop Mania Is Good for Bitcoin, According to SkyBridge Capitals Anthony Scaramucci S&P Global: Cryptocurrencies Have Become Mainstream and Are Here to Stay, Bitcoin Reminiscent of Gold Rush 2 hours ago by Coindoo 23 hours ago by CryptoGlobe 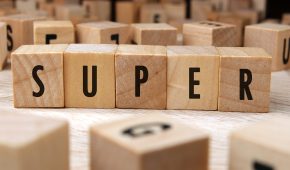