Prominent cryptocurrency network, Ethereum has a significant network update underway. While the update is still in works, the network has been faring well not only in the DeFi space but has also taken over the DApp market.

Lately, Decentralized Finance [DeFi] has undoubtedly been the talk of the town. The DeFi space even locked value as high as $2.207 billion. DApps werent far behind as the decentralized applications market also witnessed significant surges. As per DappReviews latest quarterly report, highlights had hit an all-time quarterly high of $16.73 billion in terms of transaction volume. The latest figures witnessed a 153.7 percent increase in the second quarter of 2019.

Ethereum 2.0 is scheduled to be launched in 2020. While the Ethereum community awaits its transition from Proof-of-Work to Proof-of-Stake, the network seems to be witnessing eventful accomplishments. The report also suggested that Ethereum was behind most of the transaction volume in the previous quarter. The network alone accounted for 85.3 percent of the volume while TRON and EOS were responsible for 14.3 percent together. 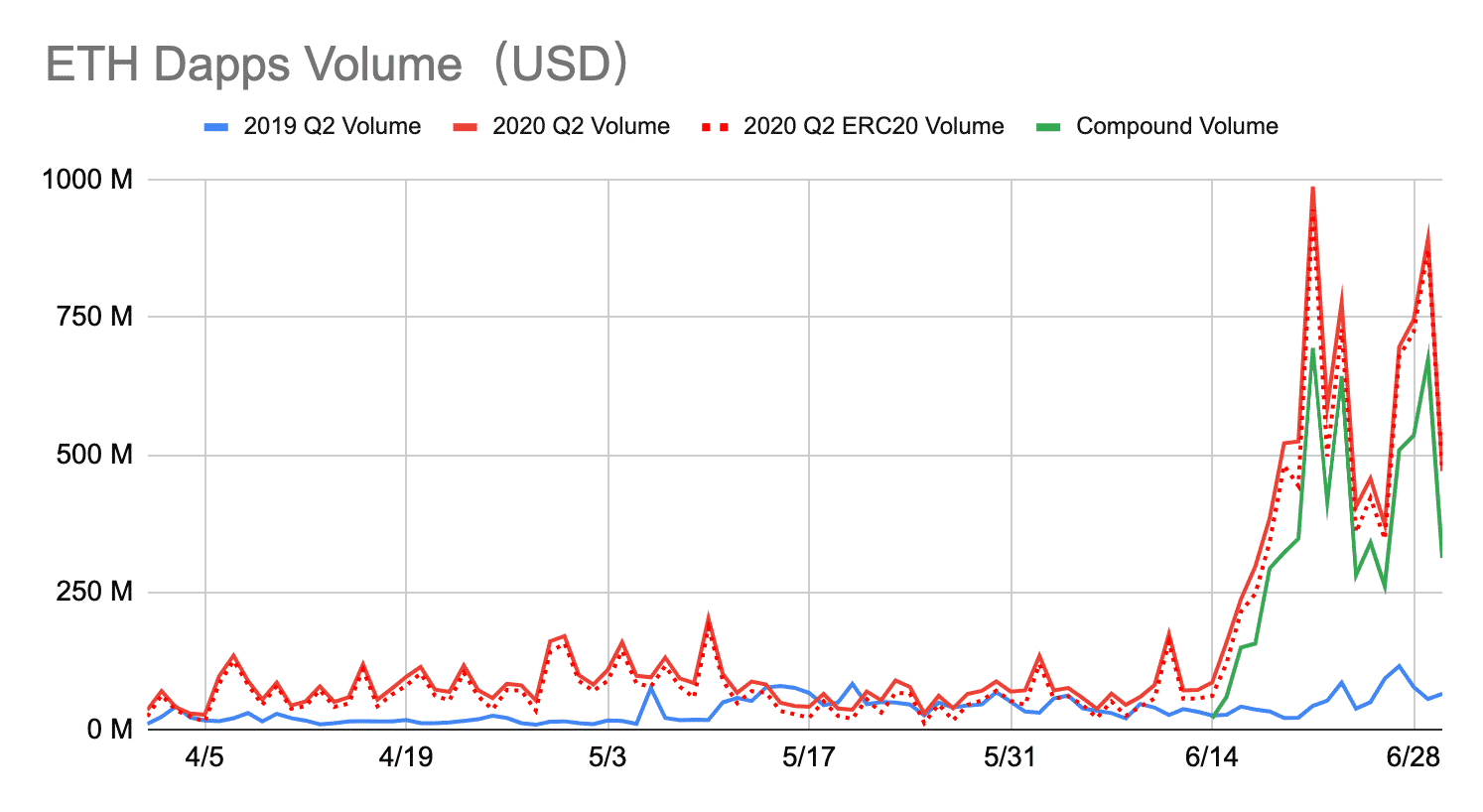 16 minutes ago by Coinspeaker Three Reasons Why NFT Market Is Bound to Rise and Shine