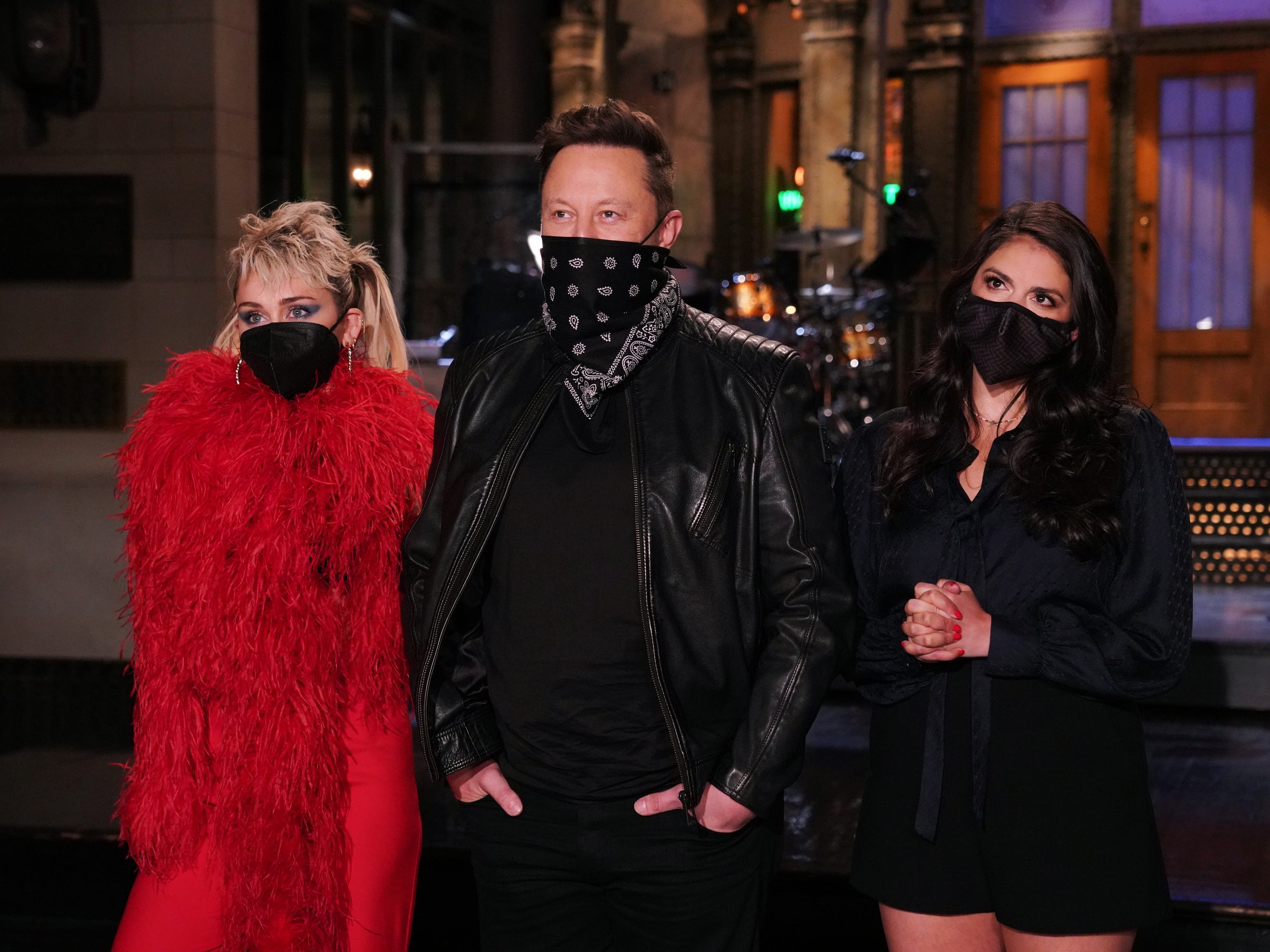 Elon Musk didnt miss a chance to hype the cryptocurrency Dogecoin as Saturday Night Live host on May 9.

Its the future of currency, Musk said in response. Its an unstoppable financial vehicle thats going to take over the world.

Musk added Dogecoin was as real as a dollar bill that cast member Michael Che pulled out of his pocket during the sketch.

Dogecoin is a cryptocurrency created in 2013 as a joke and a cheaper alternative to Bitcoin, but it recently shot to fame after Musk, fellow billionaire Mark Cuban, and rapper Snoop Dogg expressed interest in it. Dogecoin jumped as high as 40% the week leading up to Musks SNL appearance. Musk tweeted he was The Dogefather during the episode.

Earlier on Saturday, Musk also joked he bought his mother Dogecoin as a gift for Mothers Day, which was the day after the episode.

Well break a leg tonight, I love you very much, and Im excited for my Mothers Day Gift. I just hope its not Dogecoin, Maye Musk, his mom, said during the episodes opening monologue, to which Elon responded: It is.