Being invited to participate in Austrade’s landing pad program in 2020 highlights Coinstash’s highly competitive and scalable business model that is aimed to service everyday Australians. With the platform only released in the second half of 2019, Coinstash is one of the youngest participants in the program.

“Landing pads provide market-ready Australian startups and scaleups with access to some of the world’s most renowned hubs including San Francisco, Tel Aviv, Shanghai, Berlin and Singapore”.

Coinstash, one of the newest Bitcoin trading platform founded in Australia, allows everyday Australians to buy Bitcoin (and other crypto assets in the future) with a click of a button. It aims to be the easiest fiat to crypto on-ramping and off-ramping platform in Australia.

The landing pad program will no doubt add credentials to Coinstash’s operations, as well as allowing it to build valuable relationships in the biggest financial hub in the Asia-Pacific region. Allowing users to buy Bitcoin with more than just one fiat currency is the next goal of Coinstash. 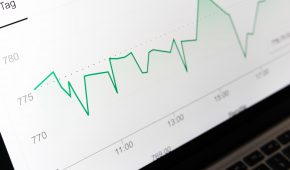 7 hours ago by Cristian Lipciuc