At current values, Cardano has a market cap of $57.8 billion, flipping Tether (USDT) for sixth spot on the market leaderboard, according to Coingecko. Cardano's market ranking could be seen as high as fifth on CoinMarketCap. 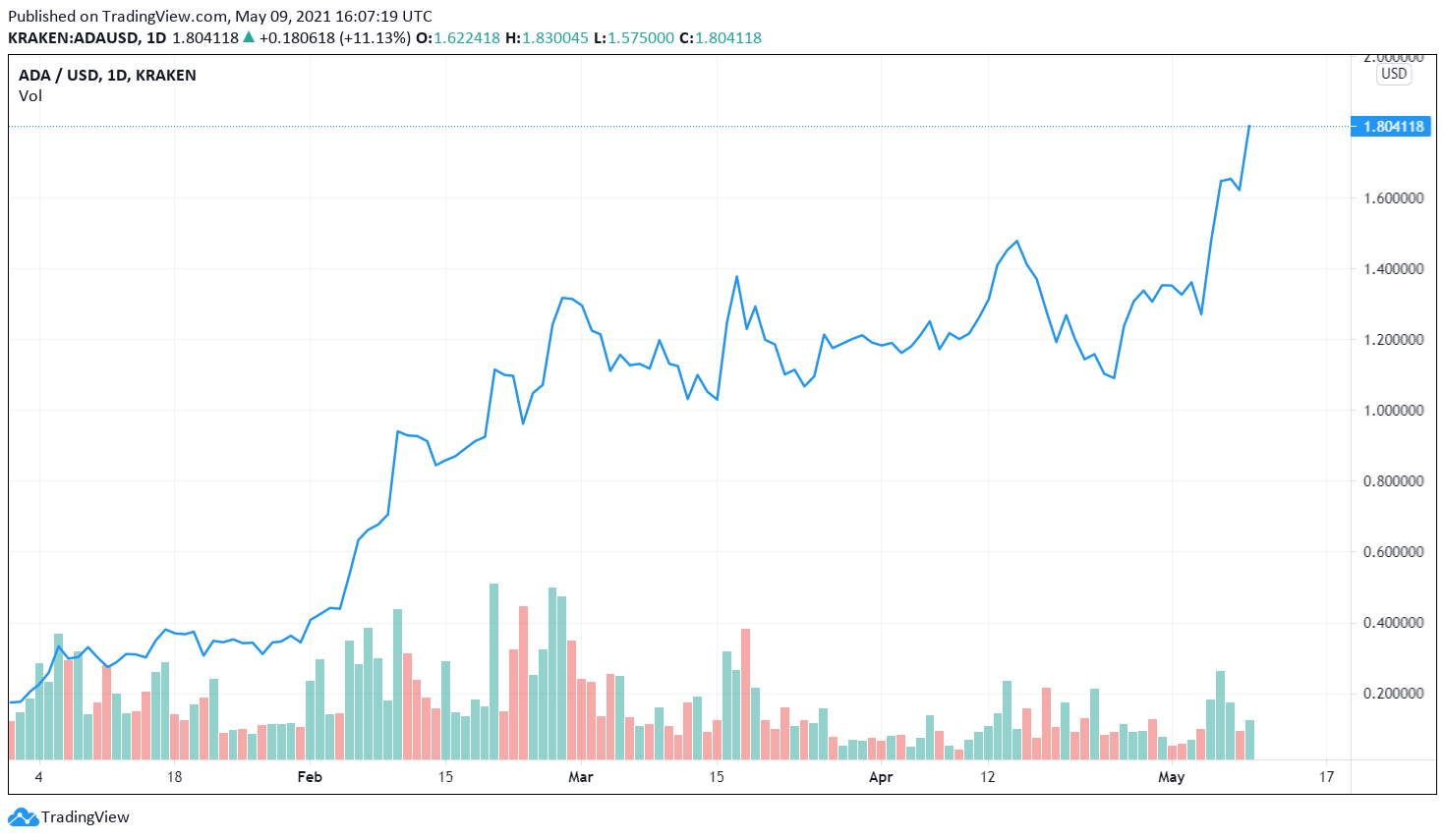 ADA was also outperforming in Bitcoin (BTC) comparative, having risen 16% against the largest cryptocurrency. ADA remains well below its all-time high when measured in Bitcoin.

Cardano is being supported by a confluence of technical, fundamental and sentiment-driven indicators, as investors gear up for the next leg of the bull market. As Cointelegraph recently reported, the resumption of ADAs uptrend was confirmed after the cryptocurrency breached the $1.48 resistance late last week. Price action puts the immediate upside target at $2.00, followed by $2.25.

In terms of fundamental developments, digital currency exchange Kraken announced last week that ADA staking was now available on its platform. Kraken users can now easily fund their ADA staking accounts to receive rewards of up to 6%, with payouts being delivered weekly.

The next major milestone in Cardanos multi-year development roadmap is the Alonzo upgrade, which is set to introduce smart-contract capability on the blockchain. Input Output Hong Kong, the development arm b ... 18 hours ago by Coindoo