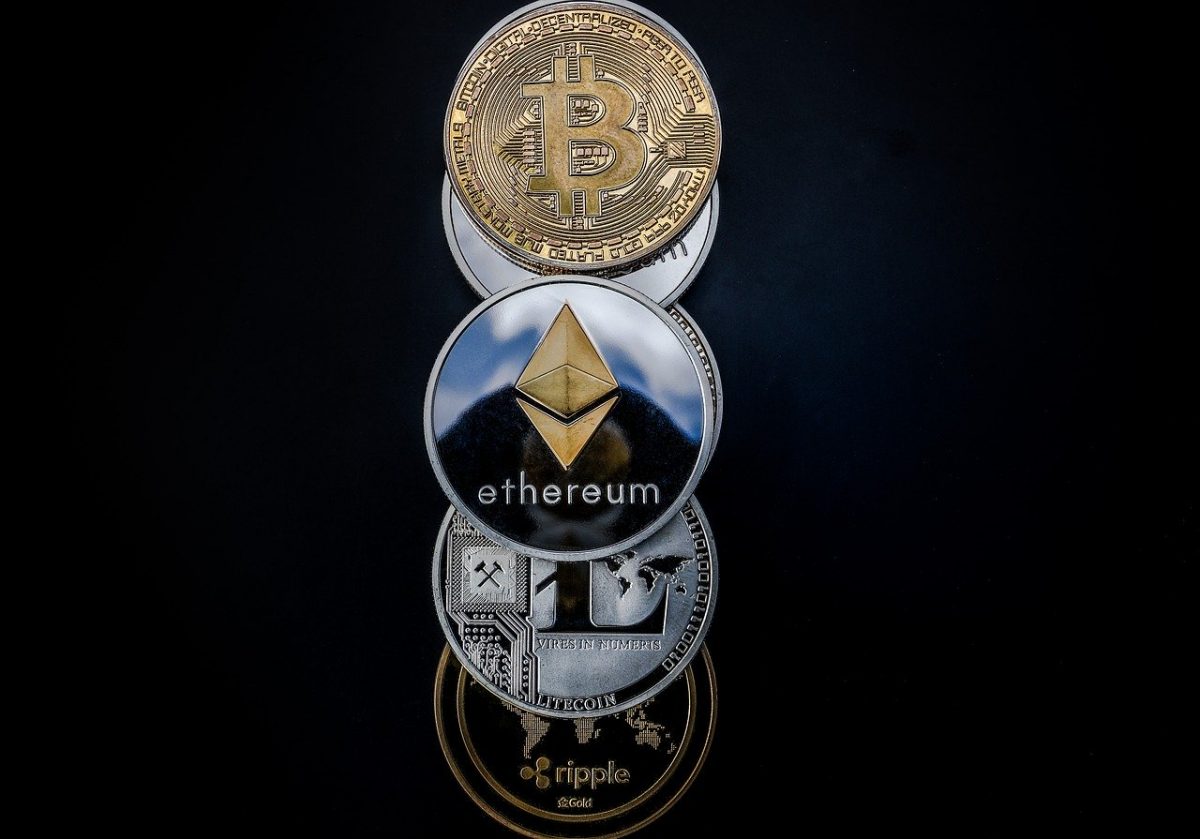 The volatile crypto market has presented numerous opportunities for the traders to reap benefits and also suffer losses. However, the past weeks loss could have been a great opportunity for the accumulators. Bitcoin kickstarted the week is valued at $10,340 and ended almost at the same value, although the coin fluctuated within the $600 range in the week. According to CoinMetrics CMBI Bitcoin Index, it witnessed a growth of only 0.4%. This consolidated price of the largest digital asset hurt its on-chain fundamentals as the network health and liquidity lost 9 points each, according to Glassnodes recent data. 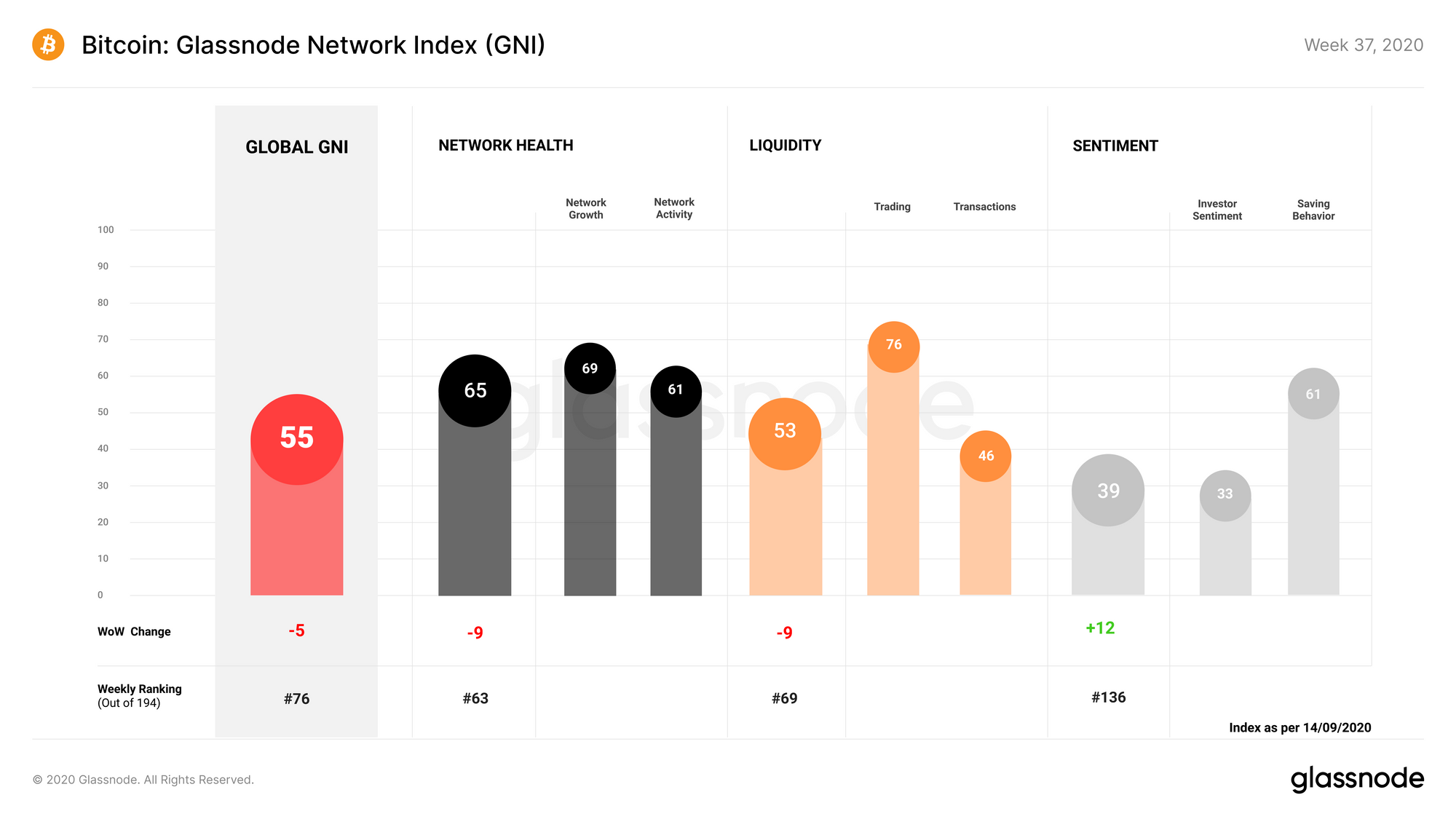 Even though Network health remained strong at 65 points, it witnessed a drop from 74 points in the previous week. The main factors impacting the Network health was the stalled network activity and growth as on-chain transactions decreased along with the interest of the new users. The restricted on-chain activity also drove the transaction liquidity down by 13 points, whereas trading liquidity improved.

However, Sentiment has been an important metric to consider when looking at the overall performance of the market. Sentiment in the consolidating market improved over the past week and gained 12 points, reaching a score of 39. The low price of BTC pushed hodlers in the market to acquire more BTC.

As the positive sentiment prevailed in the Bitcoin market, the stagnating price has been impacting the bullishness left in the market. The GNI decreased by 5 points over the past week, but the slight improvement in price trend kept it in the green zone. 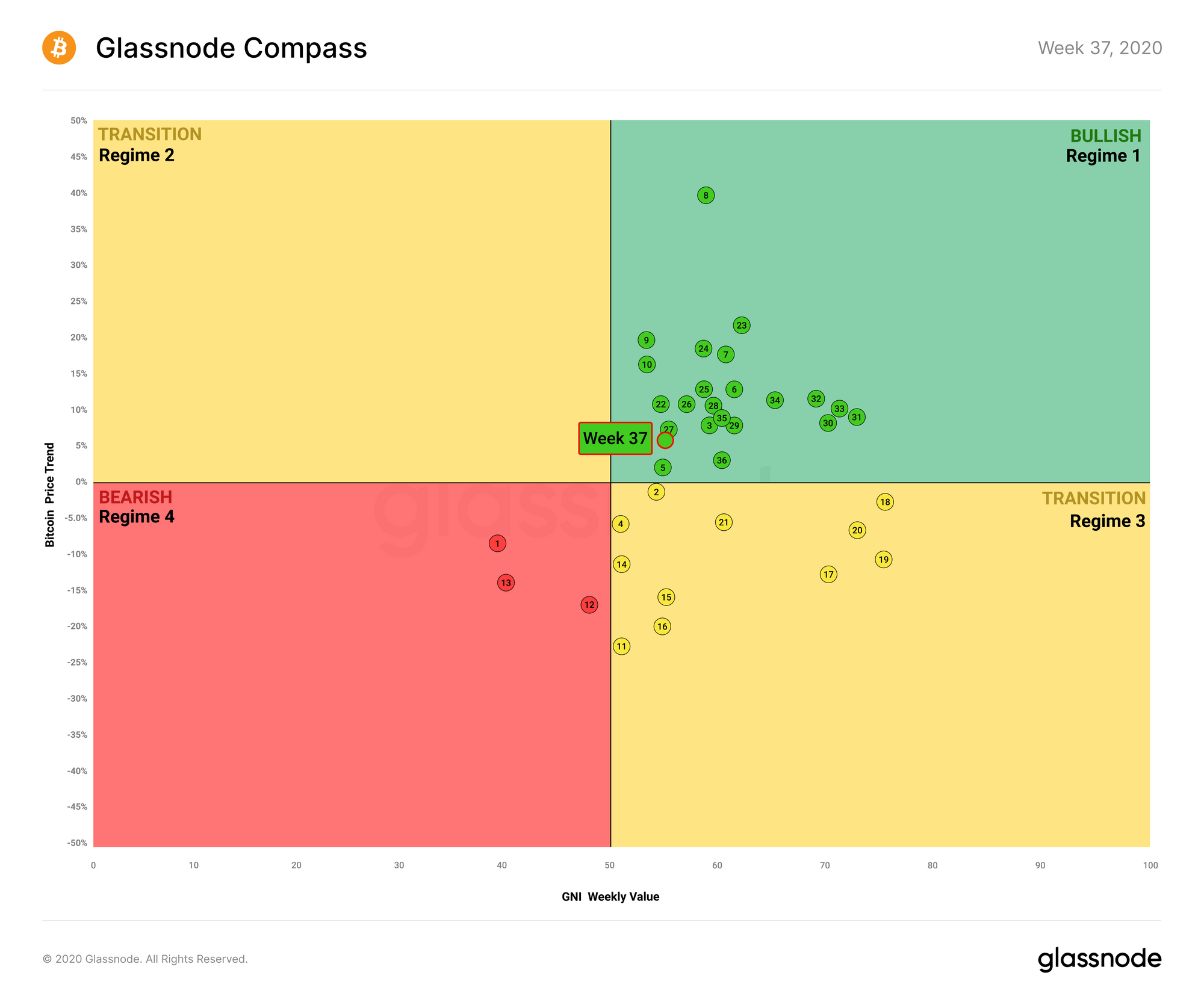 With the CMBI Bitcoin index also witnessing the lowest growth among alts, Bitcoins consolidation phase could push the asset in the bearish territory.

Meanwhile, among alts, the small and the mid-cap assets have managed to once again take over the lead in the ... 50 minutes ago by Cryptopolitan