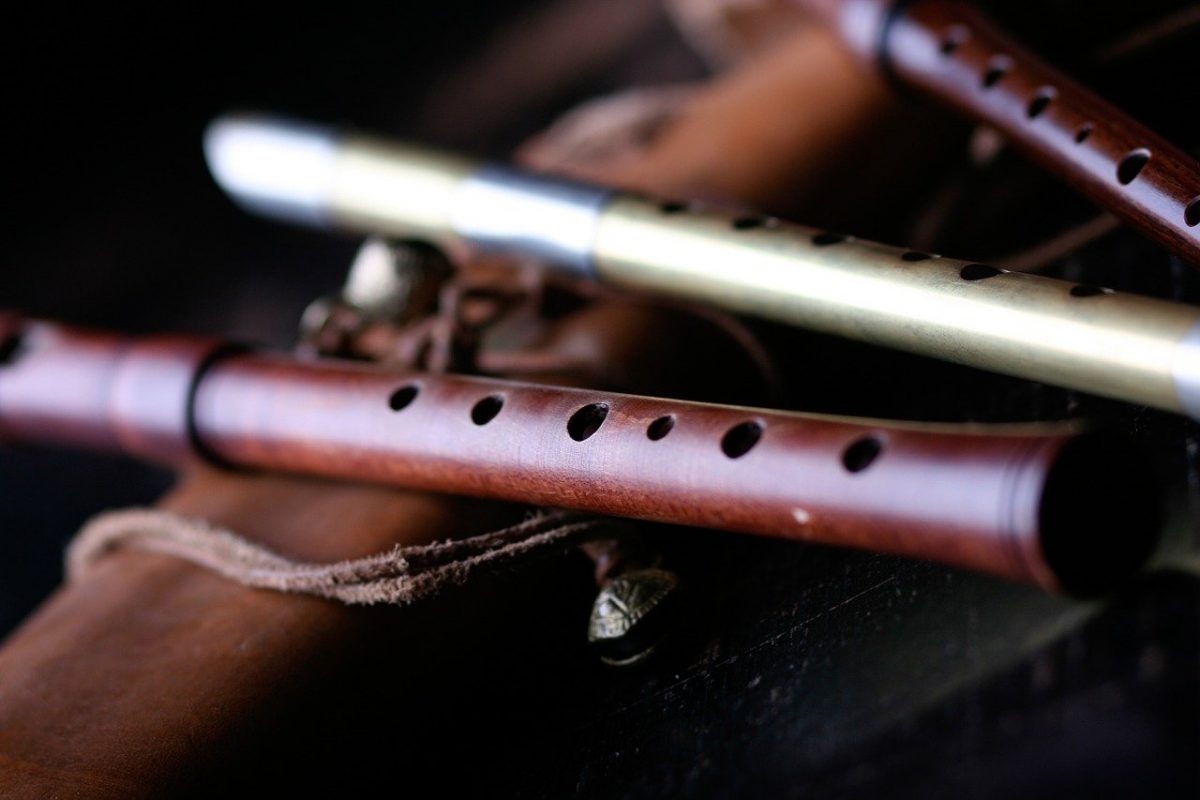 Bitcoin SV looked headed for a drop to recent lows at $150 while Dash formed a bullish pattern that was invalidated in the face of selling pressure. Ethereum Classic showed it was heading upwards, but could take a few more trading sessions to confirm bullishness. 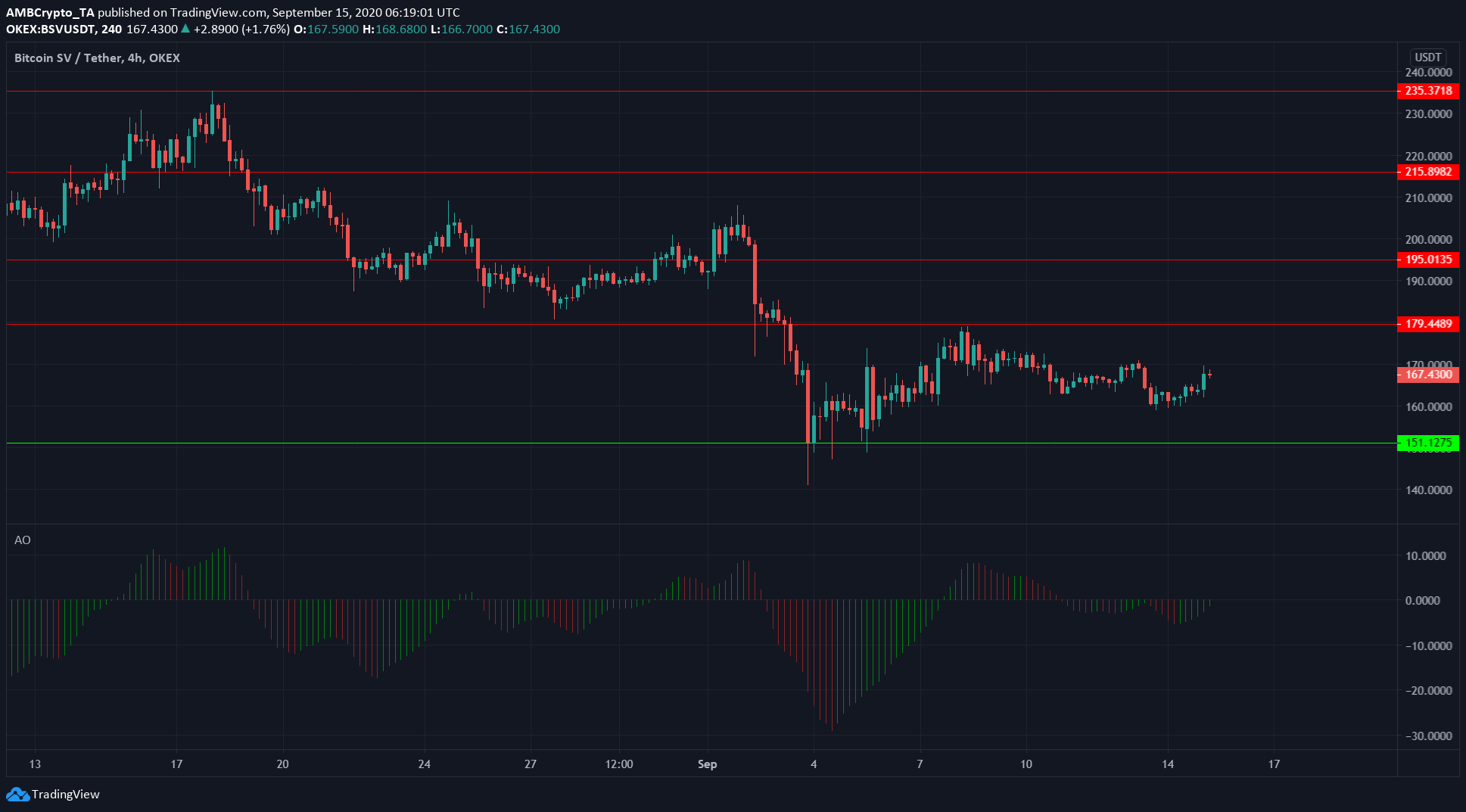 On longer timeframes, BSV exhibited bearish patterns. On the shorter timeframe too, BSV showed bearish momentum. It was rejected at the resistance level at $179 and has not approached the level since.

Awesome Oscillator also showed momentum was in bearish territory. In conclusion, it is likely that BSV drops to resistance in the $150 region.

In related news, Bitcoin Association announced that it had partnered with the Chinese digital asset wallet, DotWallet, to host the second iteration of DotCamp for BSV. Held on 19th and 20th September, the event aims to educate developers and business educators on trends in blockchain technology. 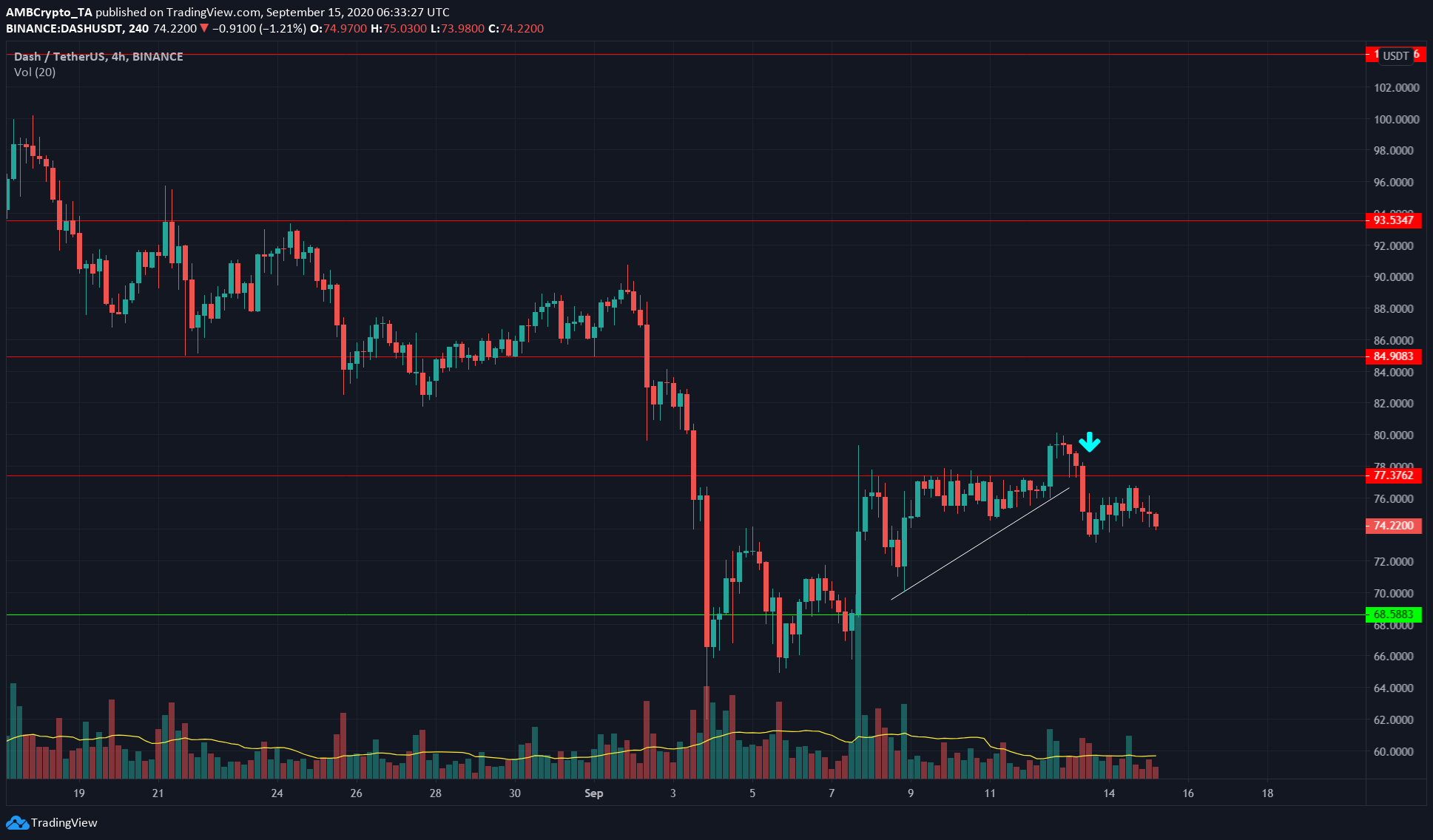 As shown by the white trendline, DASH exhibited an ascending triangle that appeared to break out to the upside on above-average volume. Yet it was quickly met with a wave of selling pressure and DASH slipped beneath resistance. After the drop i ...