Bitcoin has shot past the $18,000 mark, the highest its been since 2017. The currency remains on one of the biggest runs of the past three years. Many analysts are now convinced that the asset will reach its all-time high yet again before the year is out.

Bitcoin Continues to Rock the Boat

So, why is bitcoin doing so well as of late? Several industry experts are weighing in. For one thing, bitcoin is a rare asset. It was decided in 2009 when it was first brought to the financial table that the currency would only have 21 million units, a limited supply. As it stands, about 90 percent of the units out there have already been mined and are in circulation. Thus far, about 18.5 million of the 21 million units are available and ready to be traded.

Satoshi Nakamoto – the creator of bitcoin – designed the currency to be harder to mine and extract as we got closer and closer to the 21 million. As it stands, that final bitcoin isnt set to be mined for another 120 years or until 2140. Thus, even though there are only 2.5 million bitcoins left to be placed in circulation, they will take some time to garner.

In addition, bitcoin has a different structure than most other financial tools. It is not heavily correlated with other assets, meaning others are looking at it as a potential hedge against poor economic circumstances, such as inflation. Catherine Coley – CEO of Binance US – mentioned in a recent interview:

Derivatives have taken a robust role in these markets, aiding the product variety available for active traders to advance their understanding of market dynamics and core risk management.

Right now, the government is continuing to print several additional forms of fiat currency. There is a serious overprinting of bills and similar products, which means the economy is weakening and bitcoin is rising in stability.

This is one of the main reasons why bitcoin was initially created over ten years ago. During the Great Recession, the U.S. also foun ... 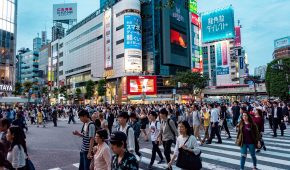 1 hour ago by Mark Hartley What Are Blockchain SoC2 Auditing Services and Does Your Business Need One?