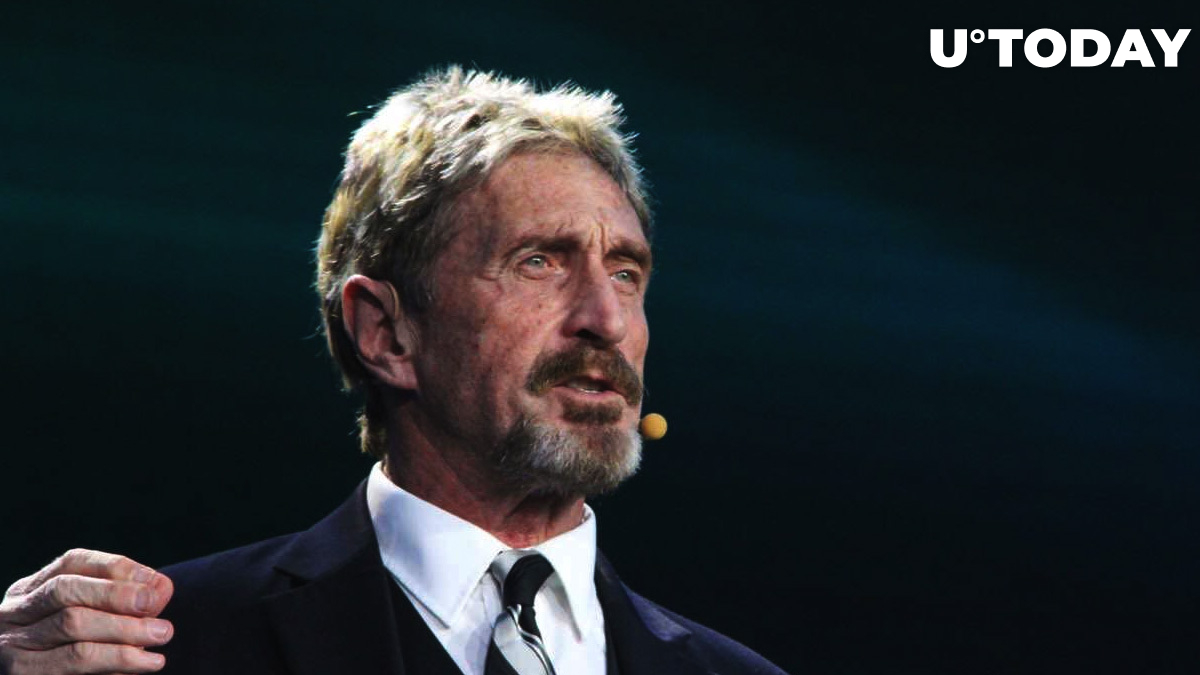 In a recent tweet, British-American tech magnate John McAfee has once again laughed off his famous $1 mln price prediction by calling it nonsense.

McAfee explains that the market cap of the worlds leading cryptocurrency would surpass the GDP of North America is that was the case. 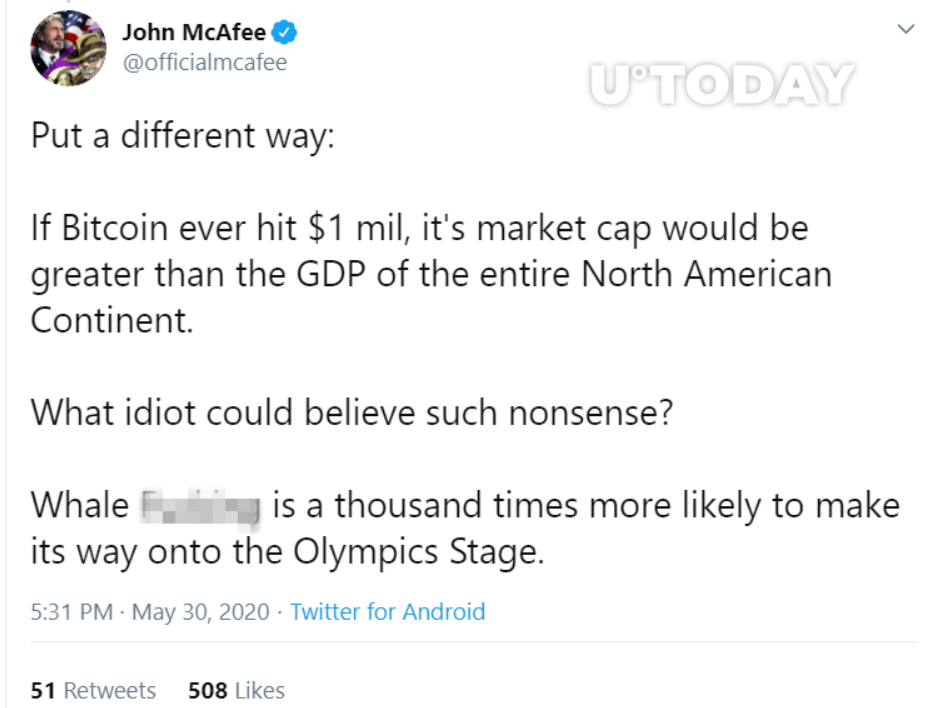 image by @officialmcafeeBitcoin is the most crippled crypto tech

As reported by U.Today, the septuagenarian suddenly turned his back on Bitcoin back in January, which angered and dumbfounded many of his followers.

He claimed that the widely reported prediction posted in July 2017, according to which he would eat his penis if the BTC price didnt reach the $1 mln mark by December 2020, was simply a ruse that was meant to lure new people in the space.

Notably, McAfee confirmed that he was still standing by his call for just one month before withdrawing his promise.

The crypto baron drew parallels between Bitcoin and the Ford Model T to make his point that the former doesnt represent the future of crypto. In his new tweet, he calls it the most crippled crypto tech.

Despite betraying the Bitcoin community, McAfee hasnt abandoned crypto. After denouncing the BTC, he threw his support behind privacy coin Monero, which allows its users to remain anonymous.

Recently, McAfee also debuted his own privacy-focused cryptocurrency GHOST coin, which was accused of plagiarism by PIVX developers.

McAfee seems to be convinced that Ghost and Richard Hearts controversial HEX tokens, which recently approached $1 bln market cap despite being cal ...