6 months ago via Coingape 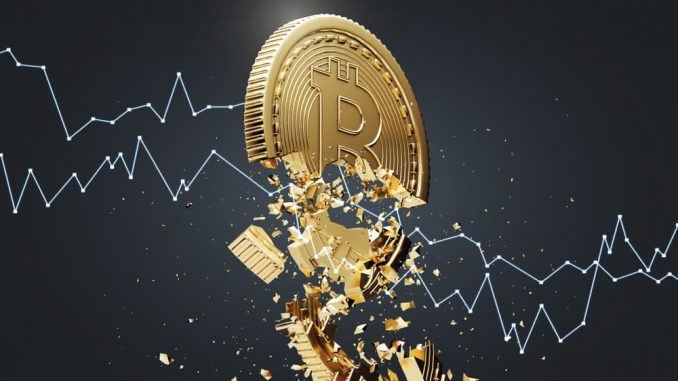 Bitcoins rising wedge pattern breakdown comes as an accurate prediction by Coingape. In an earlier analysis this week, we discussed Bitcoin potential drop to $10,200 support. Moreover, we went further to predict a fall to $9,000 in case $10,200 support fails to hold (the second part of the prediction is yet to occur but still in the offing).

Looking back Bitcoin troubles begun when the largest cryptocurrency failed to ascend above $11,000 resistance. This must have demoralized the bulls and poked the bears who took advantage to force BTC against key support levels. 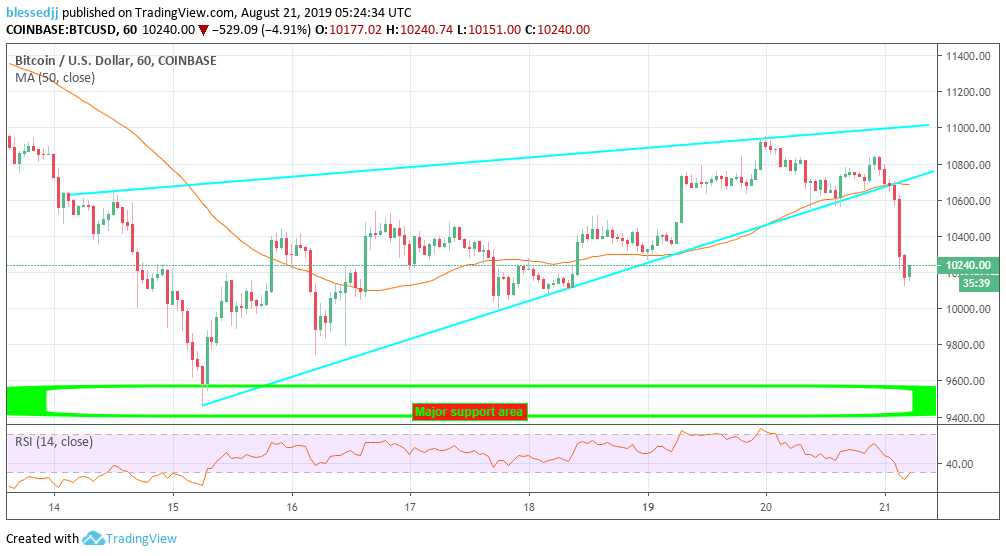 The price action yesterday was mostly bearish, however, BTC managed to stay above the short-term support at $10,600. Unfortunately, the bearish wave spill-over into the Asian trading hours on Wednesday saw the rising wedge pattern breakdown occur as it should. Note, a rising wedge pattern is interpreted as a reversal indicator especially in an uptrend.

With a low formed at $10,128.78 following the drop, Bitcoin buyers are working hard to force a correction above $10,200. The grandparent of cryptos is exchanging hands at $10,225 amidst a weakly building bullish momentum.

Interestingly, the Relative Strength Index (RSI) shows that Bitcoin is currently slightly oversold. This means that an upward correction is in the offing. The RSI resurface above 30 level could mean that the momentum is gaining traction.

As far as support areas are concerned, Bitcoin must stay above $10,200 to avoid sliding to the next support at $9,800. Besides, with the highly negative volatility on the market, a slide to the major support at $9,400 – $9,500 is quite possible. Consequently, Coingape has not ruled out the idea that Bitcoin is likely to refresh $9,000 level before we a see a significant reversal upwards.

RSI: Pointing upwards as a key indicator for bullish correction.