Prominent on-chain crypto analyst Willy Woo has revealed that he believes the price of bitcoin is going to at least hit $200,000 based on a recent upward movement on the top capitalization of his price model.

Woo shares the change on Twitter, pointing out that he now believes a $100,000 price target is too low, and BTC is instead on track for $200k minimum. The top cap metric was created by Willy Woo and is the cryptocurrencys market capitalization multiplied by 35.

Historically, the cryptocurrencys market capitalization has matched market tops, which would mean bitcoin could hit $200,000 and then correct significantly after the bull run that takes it there. Looking at Woos charts, the metric has indeed matched several market tops.

Back in 2013 the cryptocurrencys price hit a $230 high before correcting, matching the top cap indicator. By December of that year BTC was trading at $1,000 near the indicator as well. The next market top matched by it came In late 2017, when bitcoin hit a high near $20,000 and the metric was matching it at $20,300.

The analysts indicators also include the Cumulative Value Days Destroyed (CVDD) one, which has historically picked the bottom of the market. The metric has accurately measured bitcoins price bottom in 2015 of $150, and its bottom slightly above $3,000 in December 2018.

On Willy Woos charts, the CVDD is currently standing at $6,6000, which implies that if BTC were to enter a bear market in the near future, it would bottom at around $6,600. Its worth noting, however, that in late 2017 when BTC was at its high the CVDD was $1,776 and progressed to over $3,000 over its year-long bear market.

Woo, its worth noting, has late last year said that the price of bitcoin hitting $1 million is a possibility, and asserted a $100,000 price prediction was very conservative, instead targeting a valu ... 23 minutes ago by Decrypt 23 minutes ago by AMBCrypto Traders remain bullish even as DeFis TVL falls to $54.4 billion

26 minutes ago by Cointelegraph 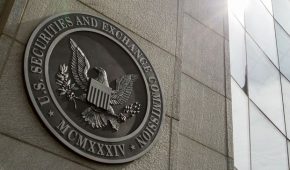