Bitcoin price has seen a healthy upward tick toward the $13,000 mark in the fourth quarter. At the start of the quarter, Bitcoin (BTC) was in the sub-$11,000 region, and from there, constant rises took the price to the $13,000 mark on Oct. 21 for the first time this year.

The price rallied to $13,217, a record high for 2020, before falling to around the $12,750 mark. This upward price movement is certainly indicative of the bullish sentiment held by investors in the current market.

The Bitcoin hash rate has also been constantly increasing since the end of the second quarter, reaching its all-time high of 157 exahashes per second on Oct. 17, according to data from BitInfoCharts. The metric estimates the number of hashes per second that the Bitcoin network has performed in the past 24 hours. It signifies the speed at which a miner arrives at a certain hash, which is the number of times a hash function can be computed per second.

Thus, the more that BTC is mined, the bigger the hash rate increase. Jay Hao, CEO of OKEx — a cryptocurrency exchange based in Malta — told Cointelegraph that the rising hash rate is good news for the network:

It shows that miners are confident about the future price direction of Bitcoin and are scaling up resources. They are often good at predicting BTC price, although price increases dont always follow the hash rate increases. There is no established link between the two. Its possible we see the price rise especially if more miners hold rather than sell their new coins, but its not a certainty.

However, the rising hash rate also means that miners will also need computing power to be able to mine profitably, due to the increased competition on the network. Hao further elaborated on these nuances, stating that more competition is likely to emerge in the long run, and those with lots of resources will be more successful: If Bitcoin's price increases this will generate more income for miners but if the price fails to rise and the hash rate increases, it will generate more costs for miners. 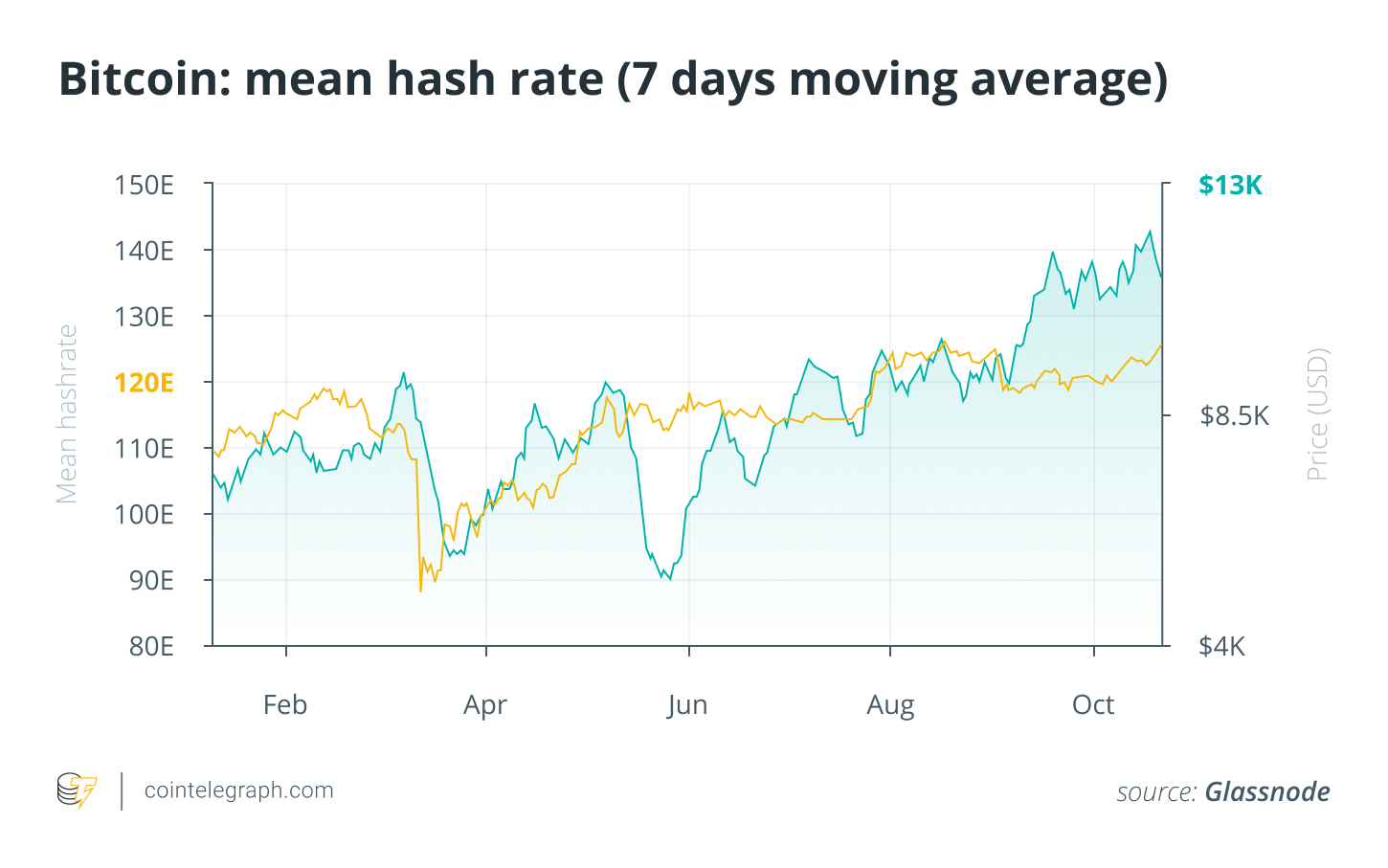 Agreeing with the idea that an incre ... 19 hours ago via Crypto News Australia