Bitcoin, Gold record growth, but only one didnt need the Fed

1 week ago via AMBCrypto 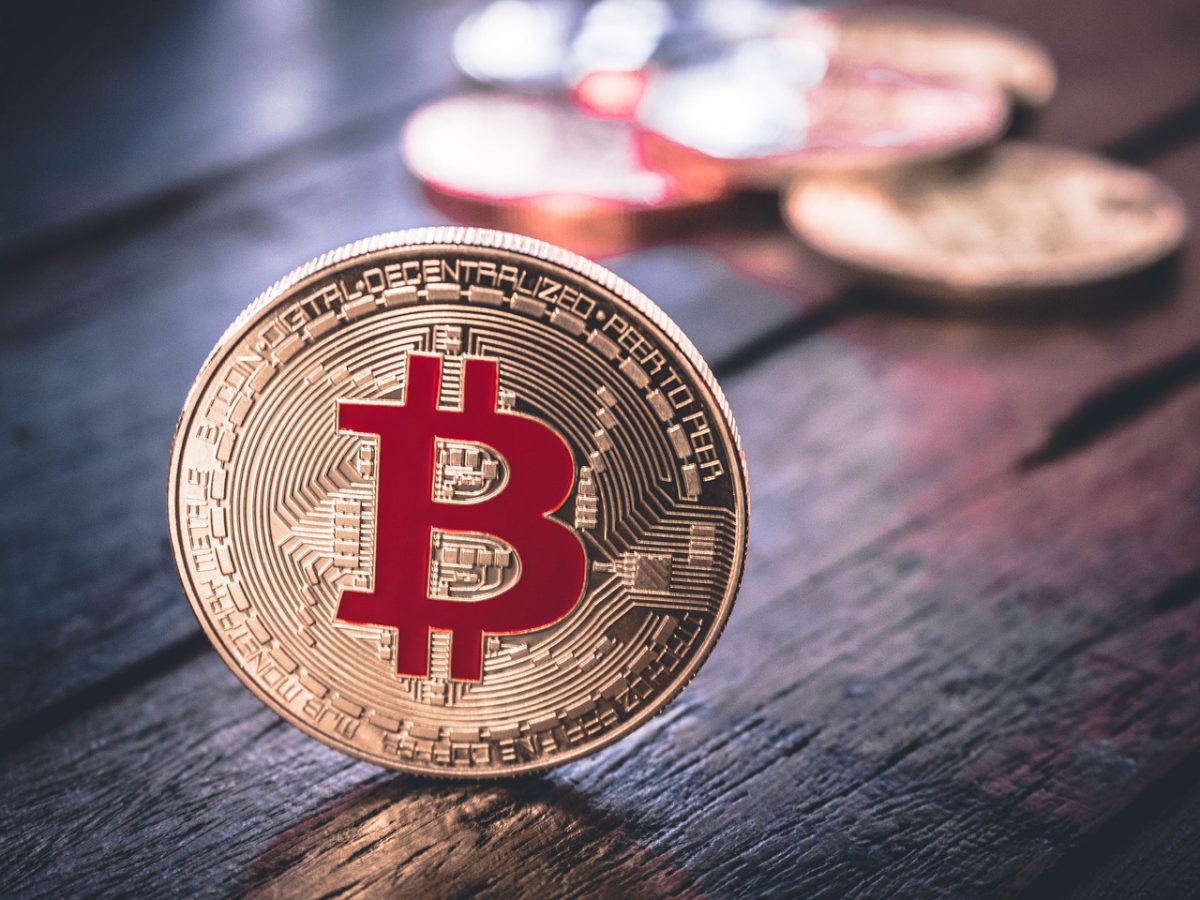 The performance of the crypto-market has taken a turn for the better, with many coins now recovering their losses. The same was not evident in the stock market, however. In the case of Gold too, the traditional Store of Value asset noted a reversal in its falling market. According to reports, the price of Gold had fallen by 12% from its March peak at $1,700 to $1,460 last week.

However, the yellow metal opened the new week with a green candle and marched upwards. It has managed to rise by 6.49% since Monday. 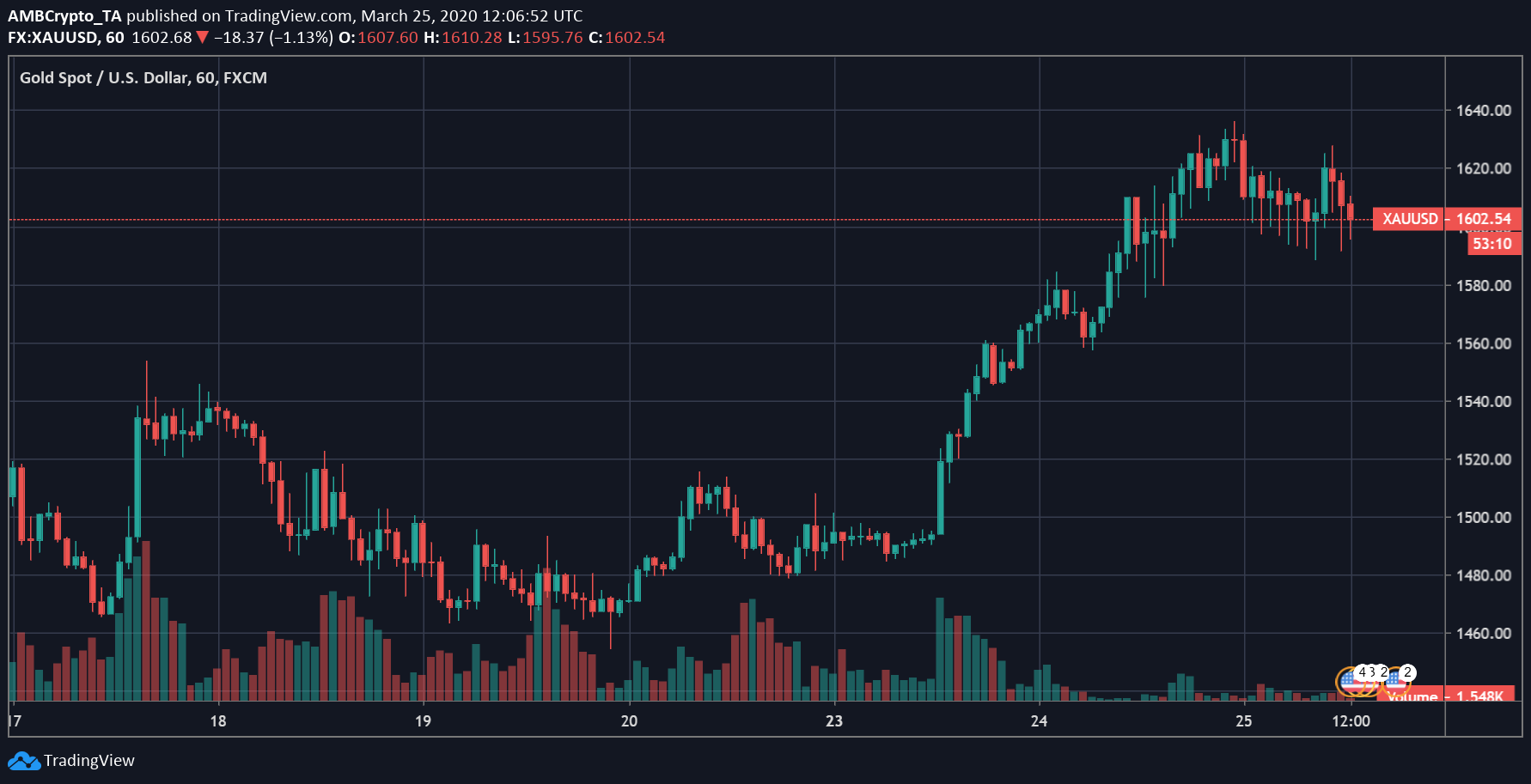 The price of Bitcoin has also been playing a game of tug of war, with the bulls leading at one moment and the bears leading the other. Despite the rise and fall, the worlds largest cryptocurrency has managed to grow by 8.63% since Monday and was trading at $6,557.17, at press time.

Apart from the improved performances of BTC and GLD, the correlation between the two appeared to be spiking as well, after recording a significant fall over the last week. 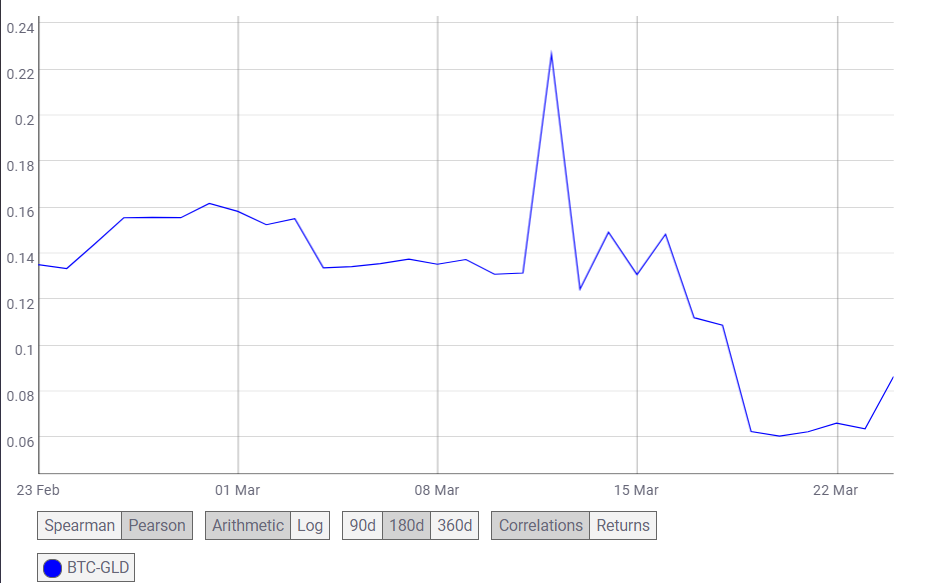 According to data provider Skew,

While BTC Futures on CME also reflected interest from the institutional end, for the past five days, Bitcoin volume has been approximately $300 million, with the Open Interest [OI] remaining at $132 million. 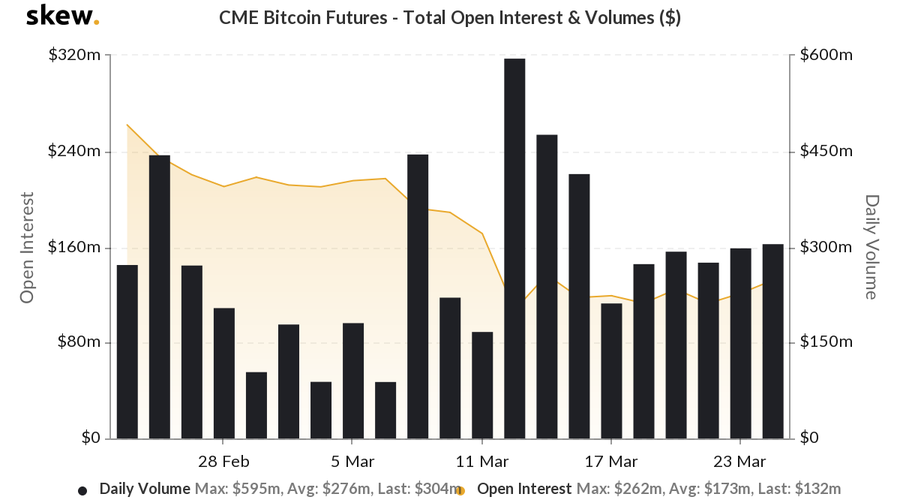 Despite the recovery reflected by both Store of Value contenders, Golds market has been reacting in interesting ways to the tumbling financial market. On Monday, 23 March, the Federal Reserve had announced that it would buy unlimited amounts of government bonds, while on Tuesday, Goldman Sachs comment on gold being at its inflection point made the market move, as per reports.

John Ciampaglia, Chief executive at Sprott Asset Management, told the publication that the rising price of gold is just like in 2008 and 2009, a time when the central banks had turned the printing press on full speed. A similar thing is happening in the market right now, as the Fed injected liquidity in the market.

However, unlike gold, Bitcoin is reacting differently, with the worlds largest cryptocurrency posting a sensible recovery since its fall on 12 March with its limited supply and market sentiment.