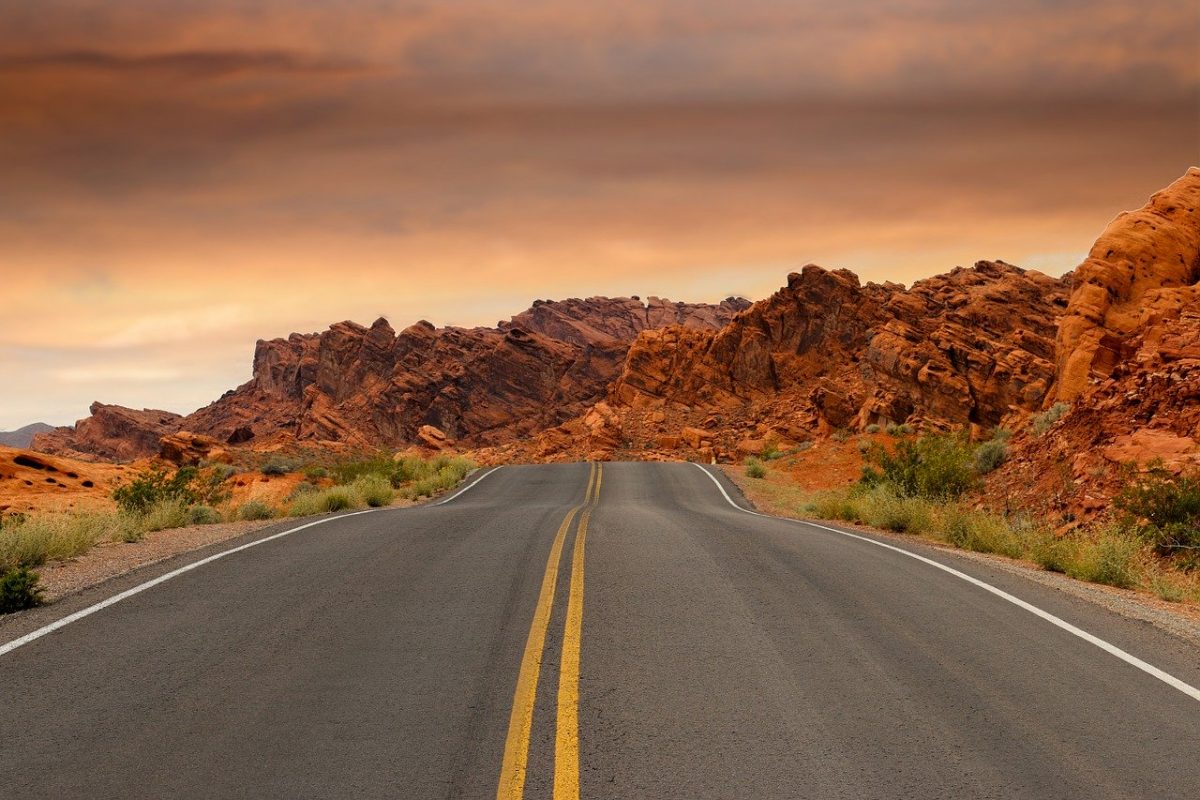 The cryptocurrency market saw losses on Monday, as traditional stock markets plummeted sharply. This could be related to news reports that large banks were involved in money laundering transactions. Bitcoin Cash showed it might not register further losses in the near-term. VeChain flipped from bullish to bearish momentum over the weekend. Dogecoin continued to show bearishness. 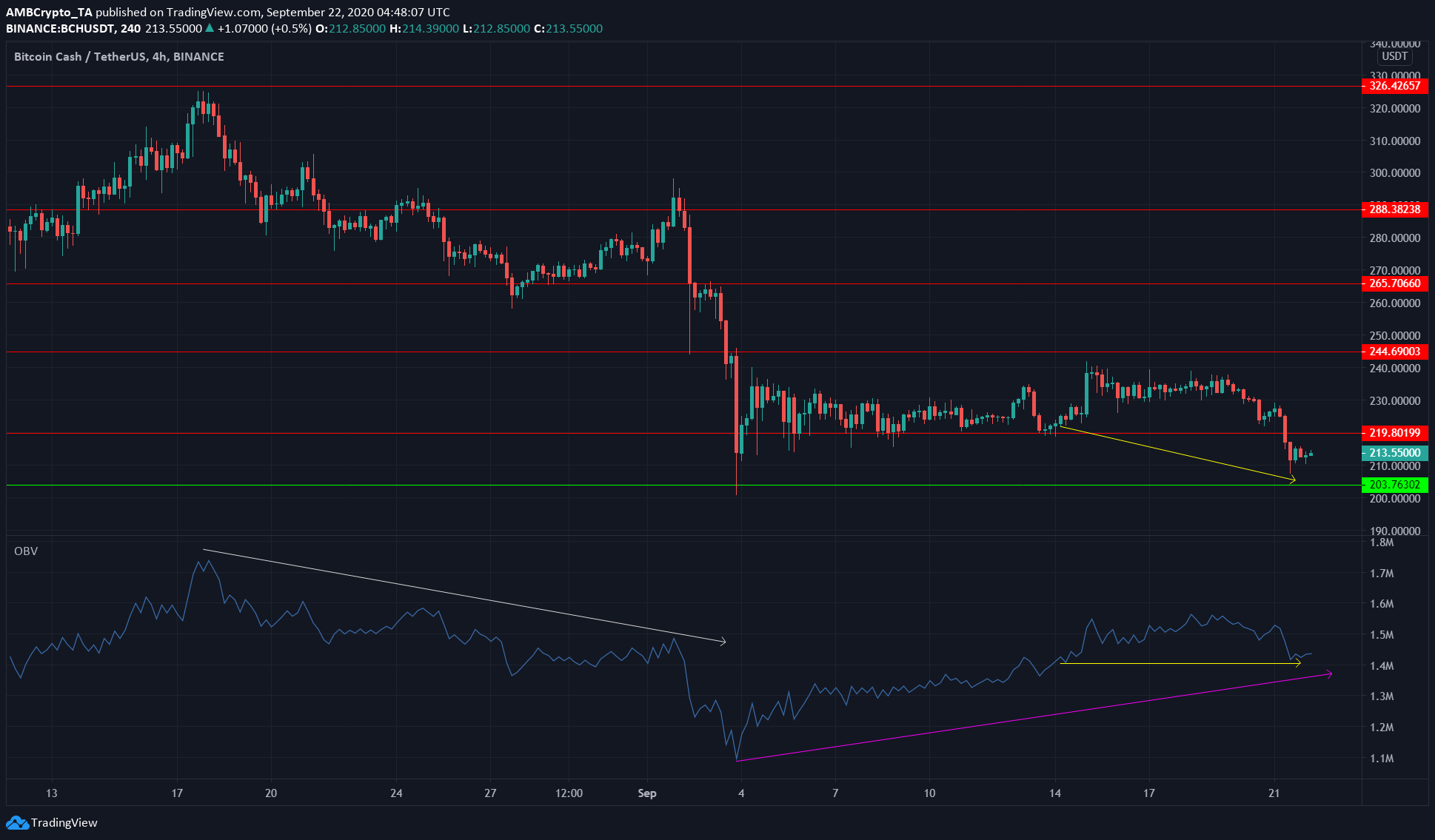 Though the price has stayed around $230 for the past two weeks, OBV showed that the asset was bought at a steady rate (purple).

Another thing to note is that Mondays drop caused a price plummet that was probably not backed by a volume of selling that would indicate further major losses. While price depressed from $225 to $208, OBV registered equal lows (yellow).

So it is likely that BCH would hold above $200, based on buyers accumulating after the end of the downtrend from mid-August to early Septembers drop (white) on the OBV. 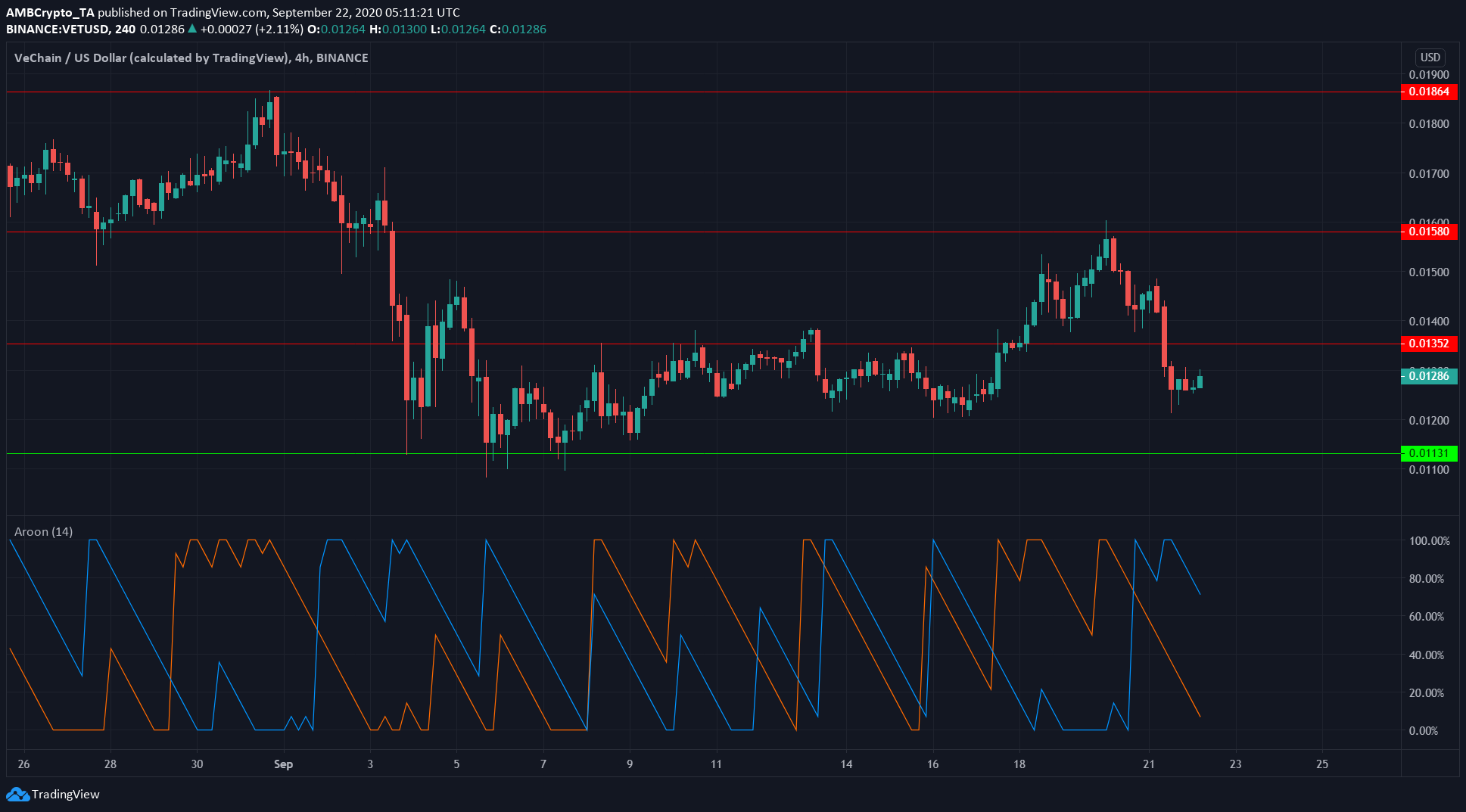 VeChain appeared to have initiated an uptrend last week, as seen on the Aroon indicator. The Aroon Up (orange) stayed well above Aroon Down (blue) but that flipped over the weekend.

VET showed momentum to the downside following the most recent drop and would have to reclaim ...