Since the invention of Blockchain technology twelve years ago, we have seen massive advancements on a global scale in the implementation from governments worldwide.

Not only in the financial sector is it a major advantage however, many governments have started implementing the technology over a wide range of areas in order to successfully keep track of operations.

Recently, Australia has been at the forefront of implementing Blockchain Technology across various government sectors, with the Australian Government recently announcing a National Blockchain Roadmap – Progressing towards a Blockchain-empowered future for the next five years. The Australian Government has recognised the need and importance of Blockchain Technology, being the first in the world to host innovative Blockchain applications, and raking sixth in the world for Blockchain related patent filings.

With the implementation of the new National Blockchain Roadmap over the next five this will enable Australians to develop much needed and necessary Blockchain skills, further growing new opportunities for foreign investments and partnerships.

This Roadmap not only identifies the current and future opportunities for blockchain but also provides the signposts for the future development and opportunities for this technology. And the greatest gains for blockchain-enabled economic transformation in our businesses and sectors will be realised when we all play our parts—government, the blockchain sector, and researchers. – Karen Andrews, Minister for Industry, Science and Technology

Blockchain technology is predicted to generate an annual business value of over US$175 billion by 2025 and in excess of US$3 trillion by 2030. Alibaba, global e-commerce giant and MasterCard have teamed up with Blockchain Australia and will soon be releasing a new VeChain-powered platform that will track Australian food an ... Introduction to Investing in Crypto with Digital Asset Mining 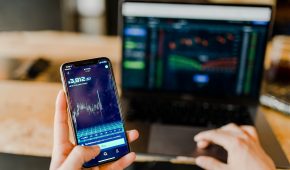