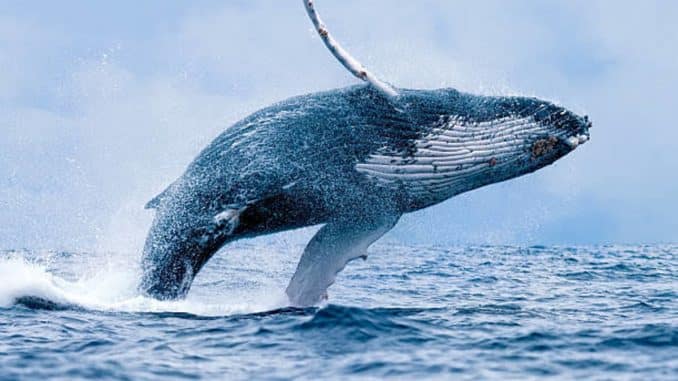 Over $10 million USD, approximately 1,154 Bitcoin (BTC), has been transferred from Binance crypto exchange to Singapore based Huobi exchange. While a number of conclusions can be reached on the move announced by Whale Alert on Wednesday, January 15, 2020, one remains quite significant; which altcoins are traded on Huobi and not Binance. In the top 10 coins list by market capitalization? Bitcoin SV (BSV). Could this yet be another pump on the fourth largest coin after a 100% spike in the past 24 hours?

At 9.22 AM GMT+3, a whale-sized transaction of 1,154 BTC (~$10, 007, 875 USD) was recorded and broadcasted on Whale Alert, a crypto volumes oracle. While such large transactions are a common sign of a dump on the market i.e. unknown wallets sending BTC to exchanges to sell them off in the time of a bull run, this specific transaction may raise questions on a possible continuation of the current alt-season.

Could the account holder be attempting to get a hold of the altcoin bags available on Huobi and not Binance such as Bitcoin Satoshi Vision (BSV)?

If the past week has shown anything in the crypto markets, its a lack of maturity especially in the altcoin market which experienced one of the best 7-day period since the 2017 bullish momentum. Moreover, Bitcoin SV (BSV) soared to an all-time high at $435 USD in the early trading hours on Monday and the run does not look to die down anytime soon.

Quickly analyzing the $10 million dollar transaction, you may see it as a dump of BTC in the market given the breach of the current key resistance level at $8,800 USD. However, given the easier option of directly dumping on Binance, sending the BTC to Huobi may signal a purchase of some altcoins (probably those not listed on Binance).

What coin Huobi has that Binance don' ...