The optimists see our current time as one of intermission - a pause, followed by a renewal of the show from wherever exactly it left off.

Is this realistic? Tens of millions have been laid off or furloughed - will the businesses and industries they worked for be there when the intermission is over?

In just a few short months, the tally of business casualties is stunning:

In fairness, some of these enterprises were only one recession away from business failure. Even so, the sheer number of enterprises that have failed to survive even the first few months of intermission raises serious doubts as to whether a straight path back to where we were is remotely feasible.

Yet, meanwhile, the true condition of the intermission economy is utterly obscured. The macro data tells us where we are without giving us a clue as to where we are going. Meanwhile, the majority of corporate managements have come face-to-face with the opacity of our times and have more or less systemically pulled their forward earnings guidance. The vast helicopter drops of new money represent—again—an attempt by the Fed to replace lost incomes and savings with new credit. Whether the new money is the bridge to the next economy, or whether it is mostly just delaying the adjustment with a price that has yet to be tallied is unknowable.

For, what the Fed and the fiscal authorities have undertaken is without precedent: 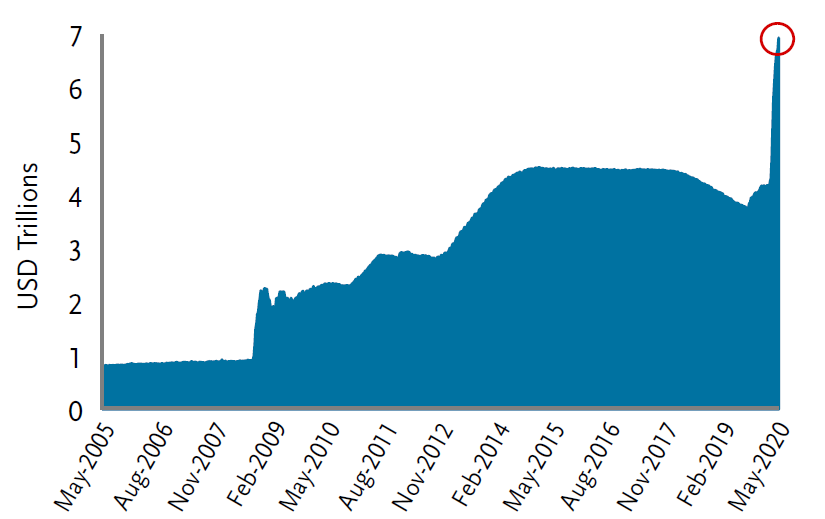