Monash University researchers have developed a toolkit to help trace illegal transactions in one of the world’s most privacy-preserving cryptocurrencies.

An international team of researchers, including Tong Cao, Jeremie Decouchant and Paulo Verissimo from CritiX at the University of Luxembourg, Jiangshan Yu from Monash University’s Faculty of Information Technology (IT), and Xiapu Luo from Hong Kong Polytechnic University, have released a paper that deconstructs the peer-to-peer (P2P) networks of Monero – the most capitalised privacy-preserving cryptocurrency – and identifies ways to improve privacy to minimise fraudulent transactions within the network.

This research is a step forward in developing a world of cryptocurrency compliant with global regulations, as well as furthering the discussions on the privacy and security issues that arise within P2P networks.

Dr Jiangshan Yu, Associate Director of the Monash Blockchain Technology Centre, played a key role in this work. The research paper analyses the network of peers running through Monero, which, despite the cryptocurrencies prominence, has never before been analysed.

“Considering the potential vulnerabilities associated with P2P networks leading to attacks on blockchain safety and user privacy, this research is of prime importance and will ensure a safe environment for all users,” said Dr Jiangshan Yu.

While key aspects of the cryptocurrency ecosystem are significantly different from past financial products and platforms, the intention of blockchain is to implement decentralised and trustworthy systems.

To achieve this, the technology relies on P2P protocols for information dissemination. P2P networks are a critical element of blockchain technology – it plays a vital role in guaranteeing the security of the underlying consensus protocols and the privacy of transactions.

As part of this research, Dr Yu and his colleagues have developed a toolkit which allows inferences to be made on the topology, size, node distribution and connectivity of Monero’s P2P network. Knowing the network topology enables law enforcement agencies to trace the entire travel path of transactions in cryptocurrencies and thereby identify security risks and potential illicit tradings.

“Our methodology and the toolset we’re developed is highly effective in observing Monero’s network and after only a week of data collection, we discovered 68.7% more active peers even than mining pools of Monero, such as Monerohash,” explained Dr Jiangshan Yu.

The research findings from this international collaboration have since been disclosed to the team at Monero, who has been working on patching the P2P protocol based on the team’s results, which they have publicly acknowledged.

Professor Paulo Verissimo, a world-leading expert in the resilience of critical infrastructures said, “this important work will pave the way for a new generation of efficient, resilient and privacy-preserving cryptocurrencies built from the bottom up.”

This paper was presented at the Financial Cryptography and Data Security 2020 conference in February.

This article was submitted by Monash University. Crypto News Pty Ltd is not responsible, directly or indirectly, for any damage or loss caused or alleged to be caused by or in connection with the use of or reliance on any content mentioned in this article. 1 month ago by Monash University 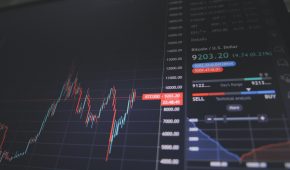 5 hours ago by Sam Town