On Monday the Bank of Japan (BOJ) started a year long study with its central bank digital currency (CBDC), following the advances made by China, U.S., and European countries.

This follows the BOJ’s announcement in early October 2020 where a project overview was given. The first of three phases is to be carried out now until March 2022. This phase is a proof-of-concept phase where participants will “build a systematic experimental environment and verify the basic functions of issuance, distribution, and refund, which form the core of CBDC as a payment method.”

In proof-of-concept phase 2 the study will look at “adding peripheral functions of CBDC to the experimental environment constructed in Phase 1 and verify its feasibility.” And if it is deemed necessary after proof of concept, they will consider conducting a pilot experiment in which private businesses and consumers can participate.

Shinichi Uchida, executive director of the bank, said in a statement last month that some people questioned whether people could use cash and bank accounts instead, and others wondered if potential cases for a CBDC “could be addressed by alternative solutions that did not require such extensive and large-scale efforts.”

CBDCs are similar to stablecoins, except that they are state-run. This means that transaction data are not on a public blockchain and that the central bank maintains authority over the ledgers that hold this data. The implementation of a system like this will allow participants to transact, store, and track the currency as an official unit of account since it’s registered with the central bank, thereby also increasing security against fraud and other related crimes.

Japan Doesn’t Want To Be Left Behind

The BOJ is mainly looking at digital currencies in a case it were to become mainstream or yield major benefits for them. BOJ Governor Haruhiko Kuroda has said it is important to “prepare thoroughly to respond to changes in circumstances,” and that it is not an appropriate policy response for central banks to start considering digital currencies only when the need to issue one arises.

Smaller banks like those in the Bahamas and Cambodia have already launched their CBDC, like the “Sand Dollar“. Japan’s economic rival has also made some major strides in the digital currency arena. According to a Chinese media source six state-owned banks have begun to promote digital yuan and accepting applications to open digital wallets. As well as U.S. Federal Reserve Chairman Jeremy Powell stating that a potential digital dollar is a high-priority project but has remained cautious about issuing one.

While there is no change in the BOJ’s stance it currently has no plan to issue CBDC, we believe initiating experiments at this stage is a necessary step

If, after a year, the bank finds that the proof-of-concept phase was fruitful, it will progress to the next phase: a pilot program. As countries start to adopt their own version of digital assets it opens more doors for individuals to interact with this technology and become familiar with how it works. 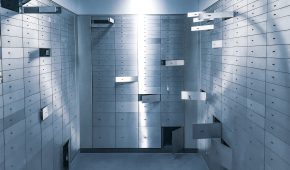