In France, Power Ledger ekWateur and renewable energy supplier ekWateur teamed up to develop a blockchain-based energy trading platform. Power Ledger has also executed projects in the U.S.A., India, Japan, and are always open to new collaborations – such as this one on the home turf.

The five-story apartment building will be called Montreal Commons – and will consist of 39 apartments and a café. In order to be truly carbon-neutral, it will use rooftop solar panels and local battery storage provided by  OP Properties.

OP Director Luke Parker has stated that as the developer, they will handle the full cost of installing the solar system on the roof of the complex. The installation ownership will be transferred to the management company responsible for the property instead of splitting it up between tenants.

In case of electrical insufficiency, these can be topped up through green energy from electricity retailer Change Energy.

If, on the other hand, any excess solar electricity is generated, it can be stored in on-site batteries and sold by the tenants via Power Ledger’s blockchain-based energy trading platform. Power Ledger receiving a $2.5 million grant from the Australian Government and has won Sir Richard Branson’s Extreme Tech Challenge award.

Coupled with TYMLEZ’s recent project in New South Wales, we can expect to see more and more eco-friendly complexes pop up and ensure the protection of Australia’s beautiful wildlife. 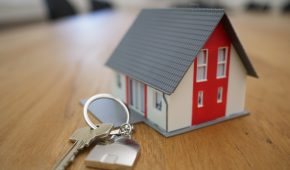 1 month ago by Sam Town 33 minutes ago by Cryptopolitan Gemini Launches in UK as Part of Global Expansion